The famous Pier 39 and Fisherman’s Wharf are the most popular tourist attractions in San Francisco, so prepare yourself for crowds unless visiting really early in the morning. Parking in this are is real difficult. With views of Alcatraz and the Golden Gate Bridge, this area of San Francisco is a beautiful way to explore the shoreline of the bay.

At Pier 39 is filled with street performers and a number of tourist activities to do, amazing views of San Francisco landmarks, and of course many restaurants and shops. One of the biggest attractions is the boat ride over and tour of Alcatraz that you can catch at Pier 31. During peak tourist seasons reservations fill up to a year in advance; see accessibility options. Right in front Pier 39 is the Aquarium of the Bay. Off the main strip of Pier 39 are long docks one in a wheelchair can wander down and see spectacular views, like the Golden Gate Bridge. There are usually loud, playful seals that many enjoy watching for a while.

The Fisherman’s Wharf, is a bustling hub of fresh fish markets, tourist shops, and restaurants. The Fisherman’s Grotto is by far the most well-known because it was the first sit-down restaurant at Fisherman’s Wharf. Nearby is a wonderful place called Buena Vista for Irish Coffee. There is no permanent ramp to the front entrance but a wooden one can be brought out. It’s a little cramped once you get inside but oh so worth it. If you are not in the mood for an Irish coffee then you have the choice of a full bar and large pub menu. To get there, remain on Beach Street and will be on the corner of Hyde Street. There is a step into the cafe but someone can bring out their portable ramp. There is a single restroom that some smaller wheelchairs can fit into but has no ADA updates.

Ghirardelli Square a couple of block away up the hill on the corner of Beach and Larkins Street. This is a very steep hill so some assistance may be needed if not traveling by car. A few shops and restaurants are located here along with accessible restrooms.

By Ghiradelli’s Square is the Aquatic Cove National Park with the Maritime Museum. Tucked away inside the Argonaut Hotel at Jefferson and Hyde streets, this museum is a treasure trove for anyone interested in San Francisco’s maritime history. Among the displays at the Maritime Museum are a true reed canoe similar to those used by the native Yelamu people and a Fresnel lens once used at the lighthouse on one of the Farallon Islands, 30 miles outside the Golden Gate. You can take a simulated walk along the waterfront through the ages, and a computer kiosk provides a virtual tour of the inaccessible places in the park, including inside the antique boats moored at the Hyde Street Pier across the street. Several ramped walkways lead up through the park to Ghirardelli Square, with its shops and restaurants, and to the Maritime Museum on Beach Street, also part of the Maritime Historical Park. The westernmost walkway has the most gradual slope. There are accessible entrances to Ghirardelli Square on Beach Street and on Larkin Street, but the latter is on a very steep hill. Ramps and elevators allow you to navigate the square’s interior. 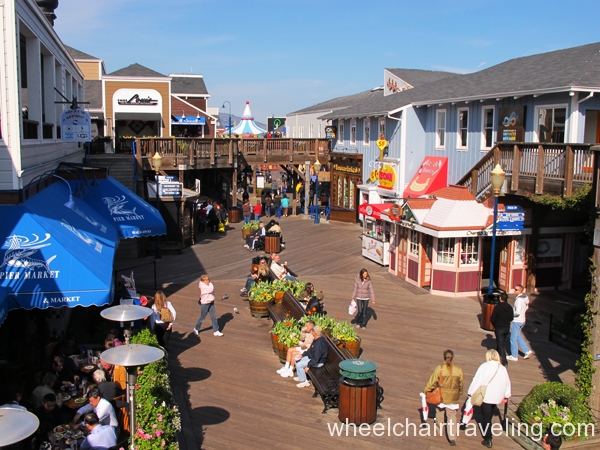 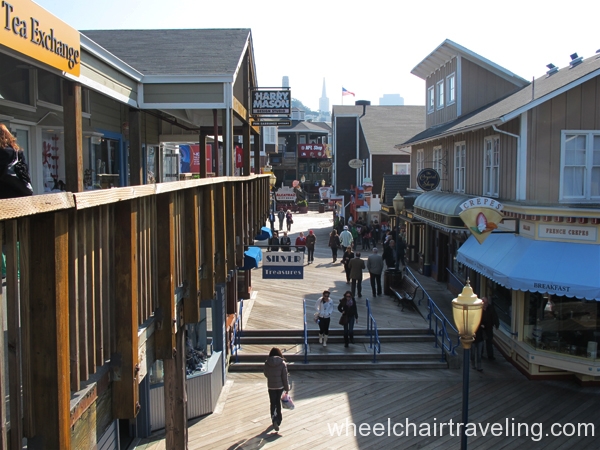 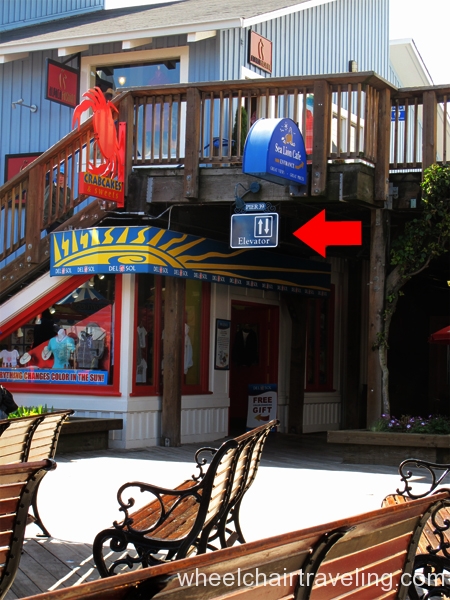 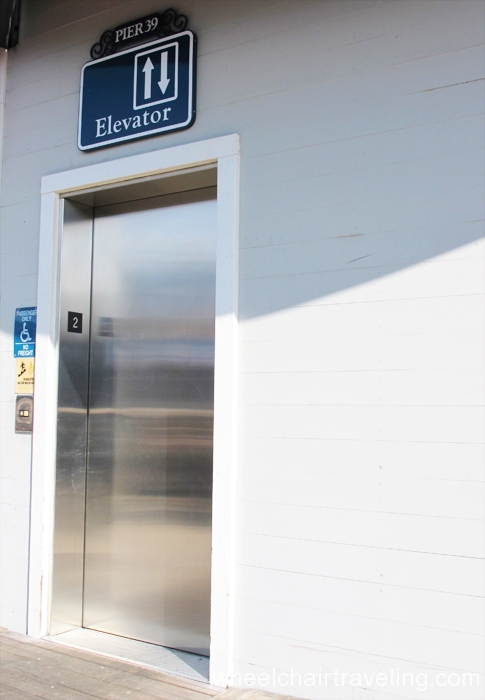 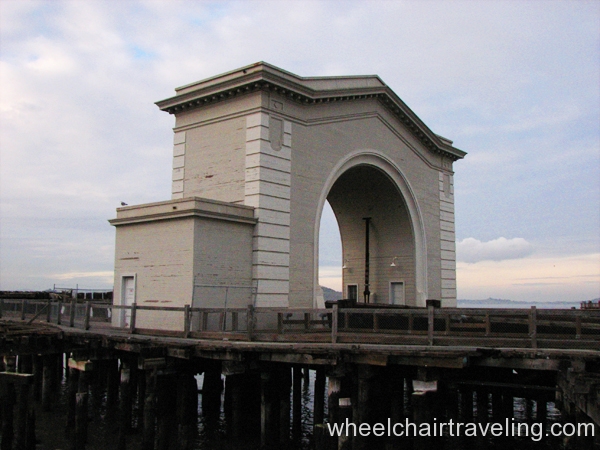 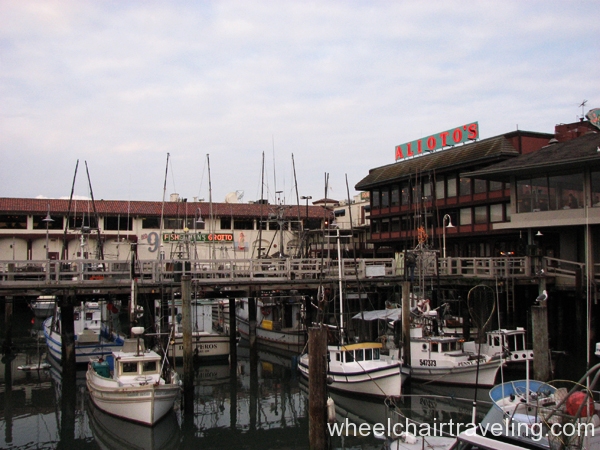 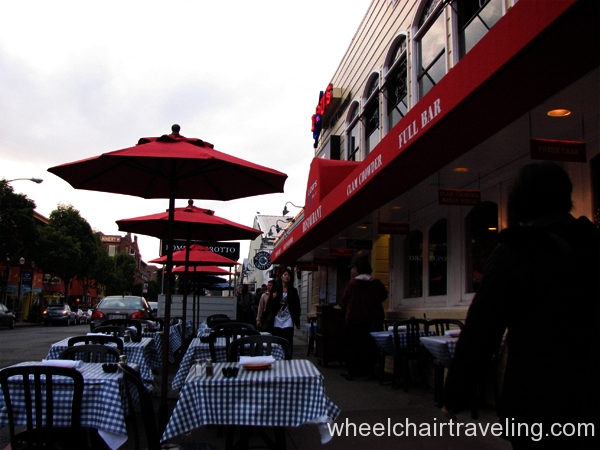