One of the most historical landmarks in San Francisco is the former federal state prison Alcatraz (“the rock”). From the mid-1930’s to 1960’s, Alcatraz was the premier maximum security federal prisons. Today, Alcatraz National Park is accessed by all. This virtually inescapable prison is a 22 acre island of concrete, fences and barb wire and a mile or so off the coast of San Francisco. While in operation there were 36 escapes but all but 5 were either shot or captured. The 5 that remain listed as “missing and presumed drowned” adds to the mystery and drama of this facility. Two more famous inmates of Alcatraz are Al Capone, George “Machine Gun” Kelly. The highest occupancy was 302 convicts.

The only way to get over to Alcatraz is by ferry, in which my friends and I used Alcatraz Cruises. Those in wheelchairs get to pre-board before everyone else. The ramp into the boat is fairly steep and wet, so proceed with caution. Once inside you can select where you want to sit; the right side of the boat we were told had the best views and it did of the city. There is also a small café on board for drinks and small snacks. Unfortunately, there is no access out onto the deck but there is a wheelchair accessible restroom on the boat if needed. The ride over to Alcatraz is a short fifteen minutes and once the boat docks everyone will head to the courtyard for a brief overview about Alcatraz and how to get around it, which is particularly important for those in wheelchairs.

Two valuable pieces of information to pay attention to during this briefing is how to get up the four massively steep hills to see the prison and where the accessible bathrooms are.  For one, there is one accessible bathroom in the courtyard area and the other is in the courtyard of the administration building within the prison. Secondly, if you cannot manage four steep inclines for a couple hundred feet then you can use the transportation tram SEAT. There is a lift for wheelchairs that gets you easily onboard and whoever is with you can sit close by. However, if there is a physically fit person with you that is able to push you up all the hills then you can cruise up to the prison, seeing a few more views of Alcatraz.

Before exploring, pick up the audio tour of the cell block that is available to guide you through the museum at no cost because it’s included in your ticket, and is a great addition to the experience. As you wonder around the 336 “main line” cells and 42 “solitary confinement” cells in the cell house, you hear what it was actually like to be in prison there at the time: the whistles blowing, clanging of the prison bars, and the voices of those in front and behind the bars. There are also interviews with inmates, wardens and more, all and all a great audio tour. Outside the Administration Building in the courtyard, you can get a great view of the San Francisco skyline and imagine what the inmates felt being so close to the heart of civilization yet so isolated.

I remember going to Alcatraz with my grandmother for my birthday in the 5th grade but after I became paralyzed I thought I would never be able to return. Thankfully, action was in the works to adapt certain parks of Alcatraz to make it accessible enough for wheelchair users and the physically handicapped. Overall, I was very impressed with the courteous staff of Alcatraz Cruises as well as the museum workers on the island. I never had to figure out how to get around at all because there was always some friendly museum docent aiding my route. Alcatraz is certainly a unique destination recommended for a wheelchair traveler while visiting San Francisco. If you do decide to experience The Rock then it’s a good idea to purchase tickets in advance during the warmer months out of the year because it tends to get busier. 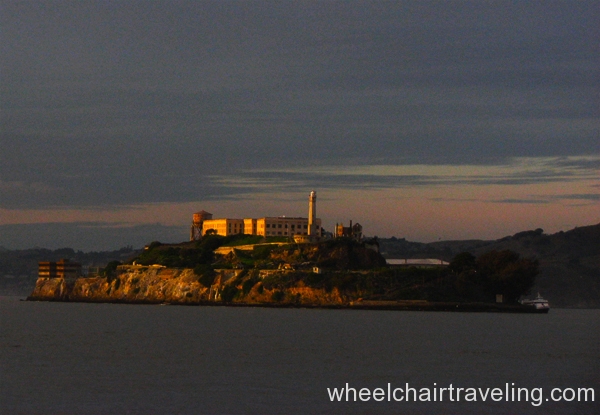 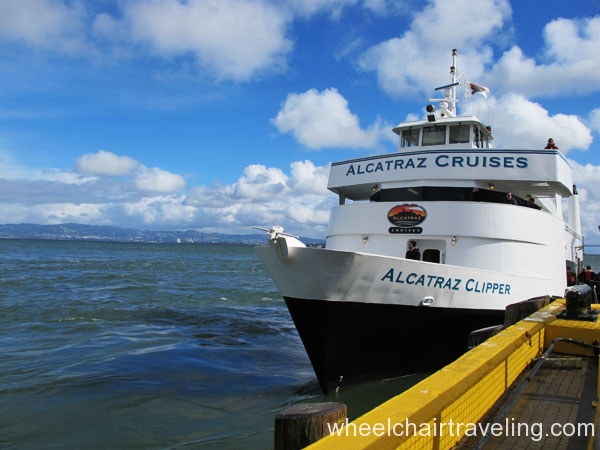 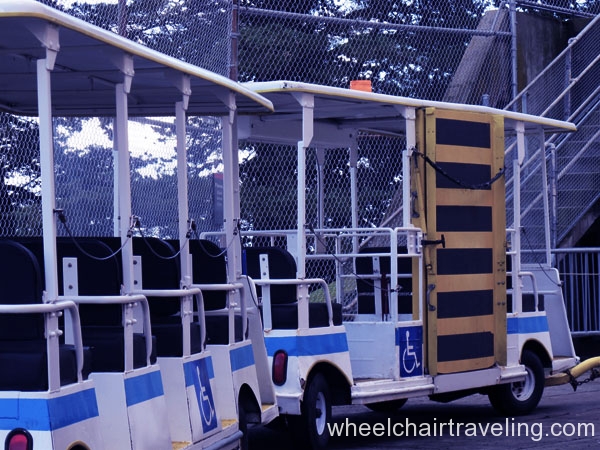 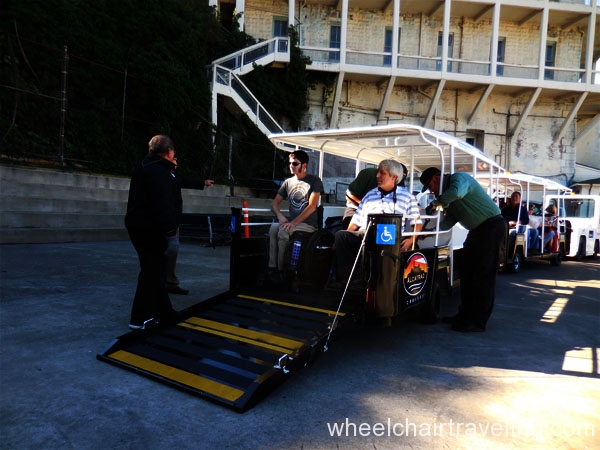 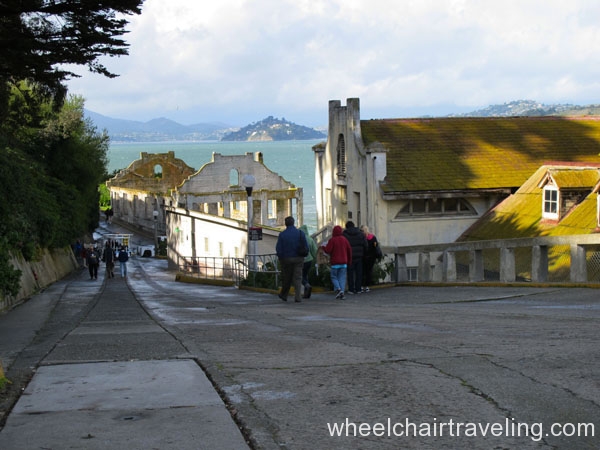 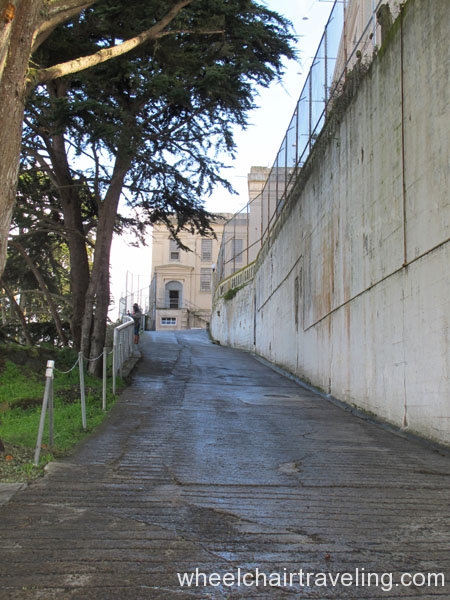 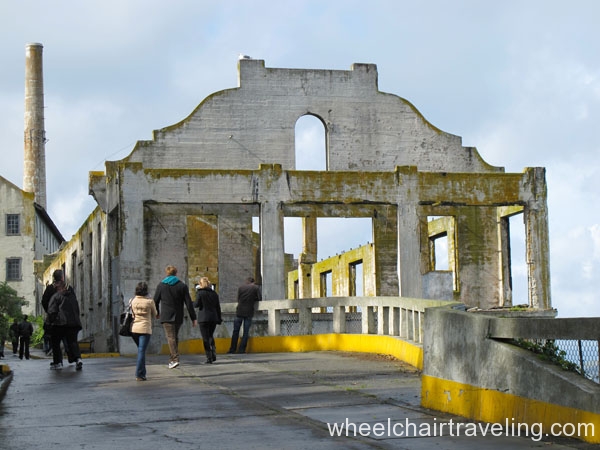 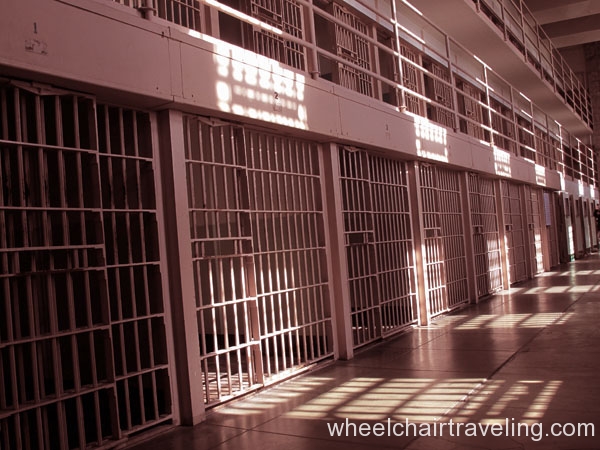 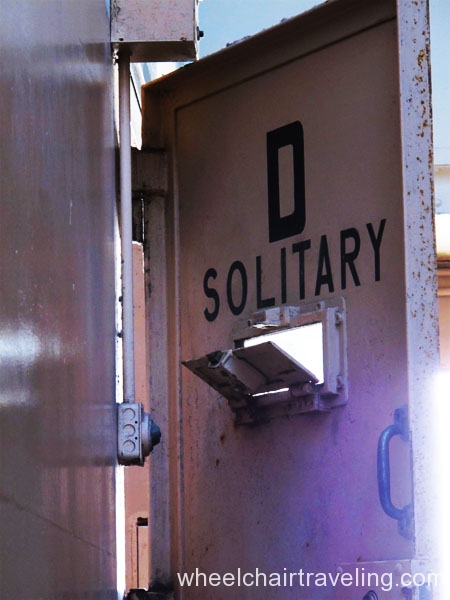 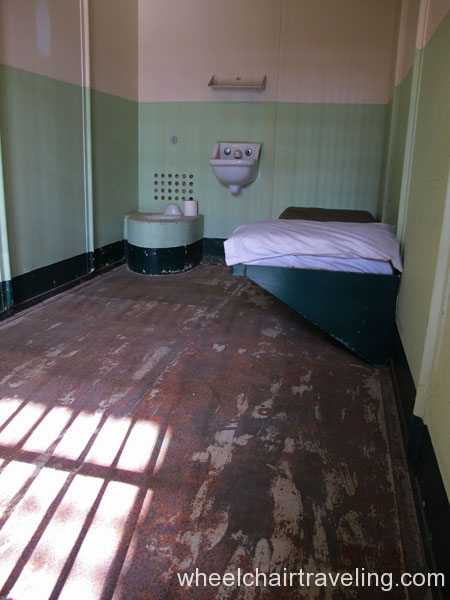 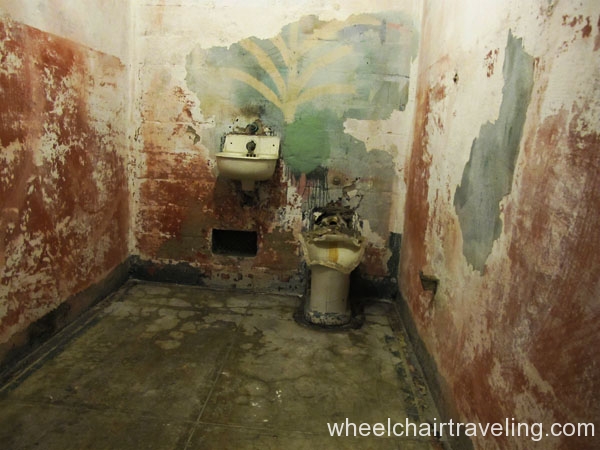 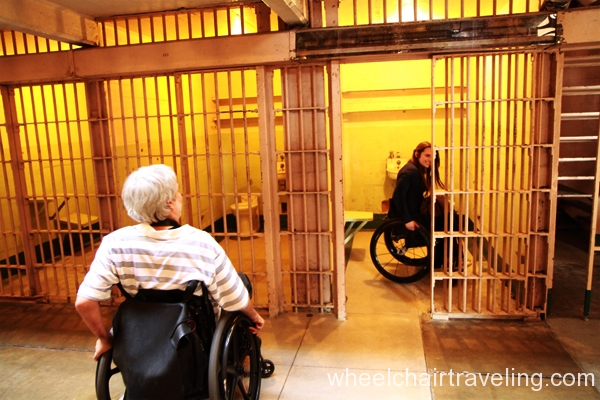 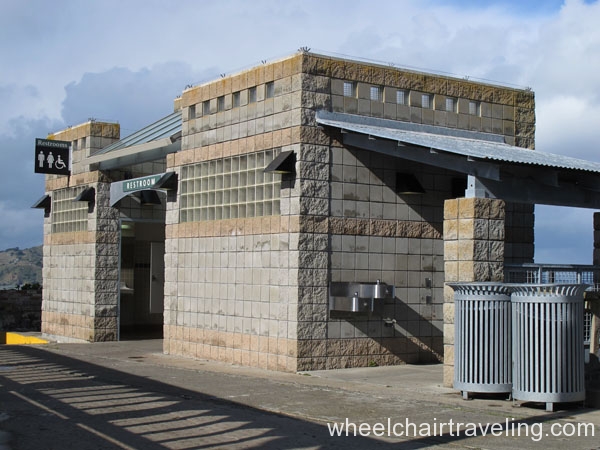 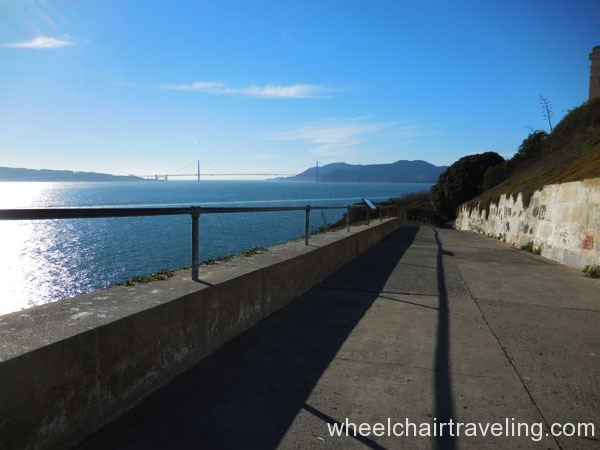 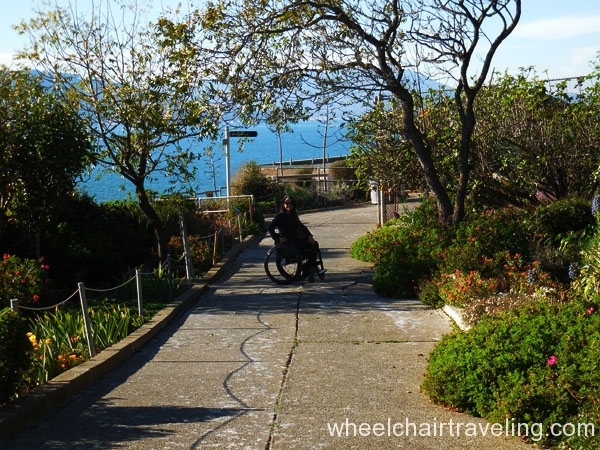 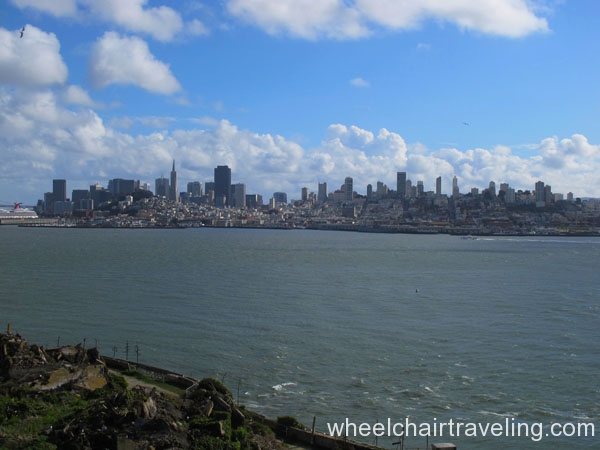