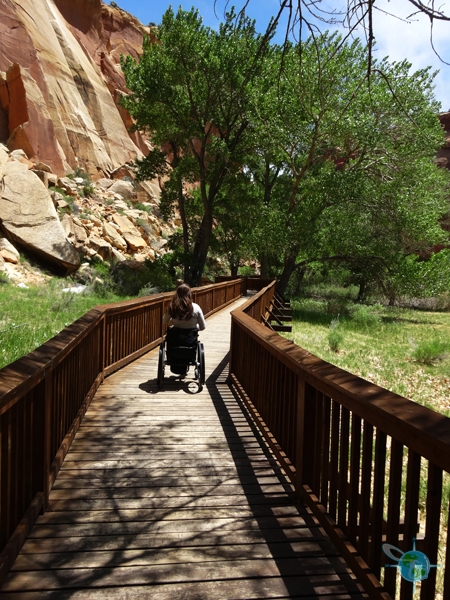 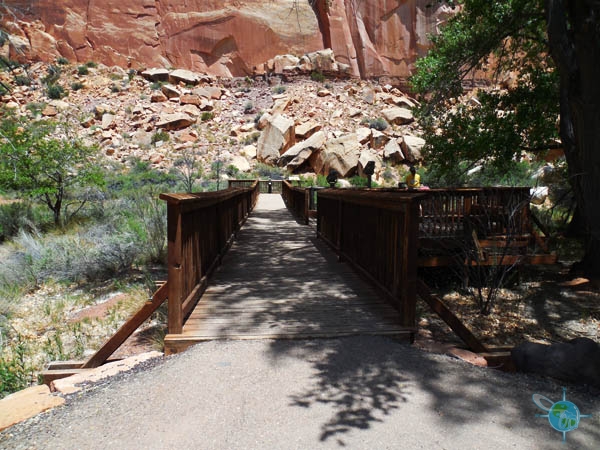 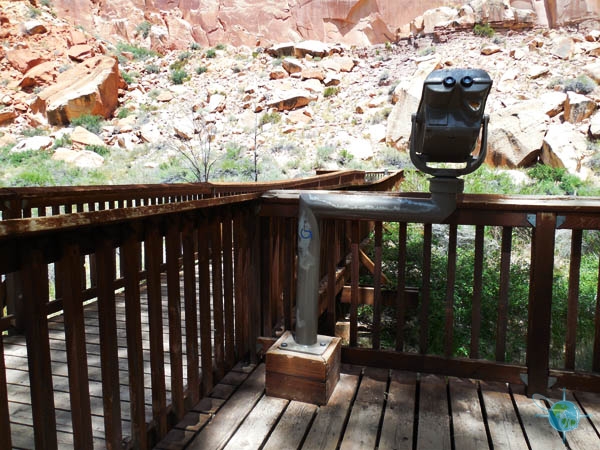 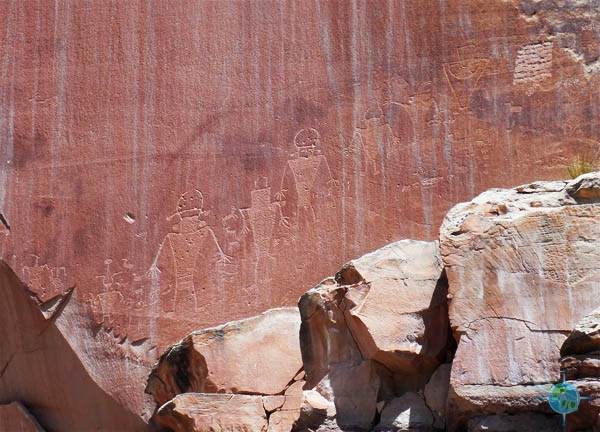 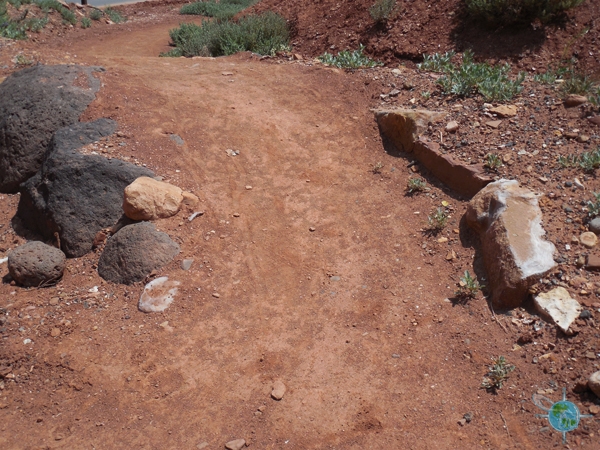 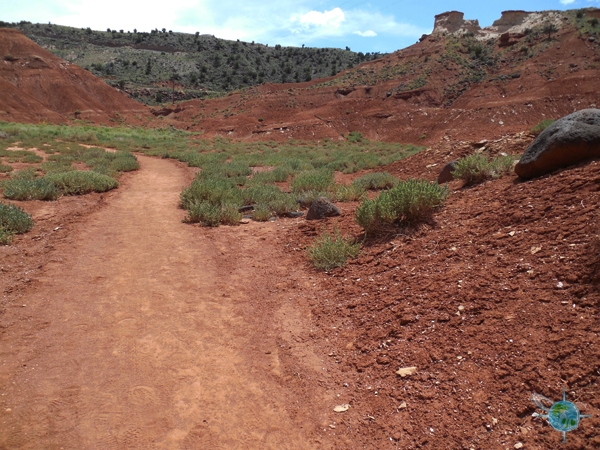 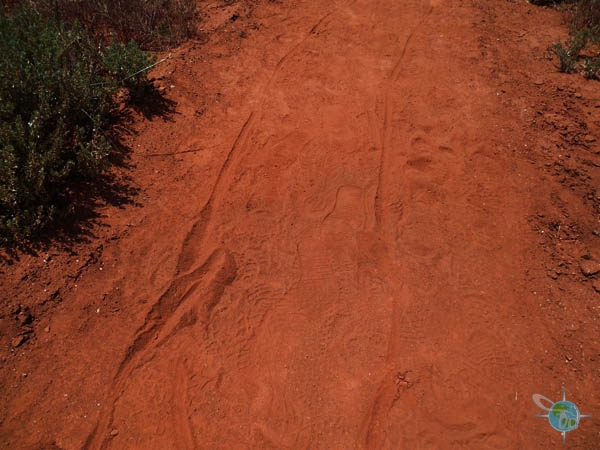 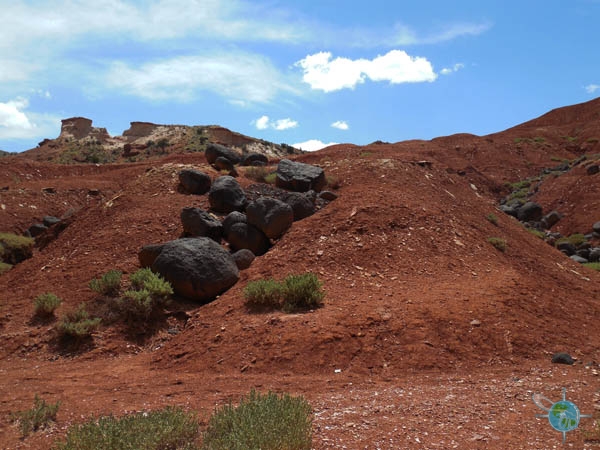 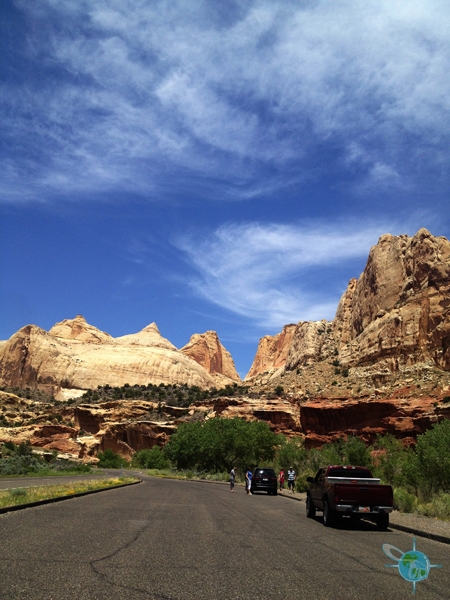 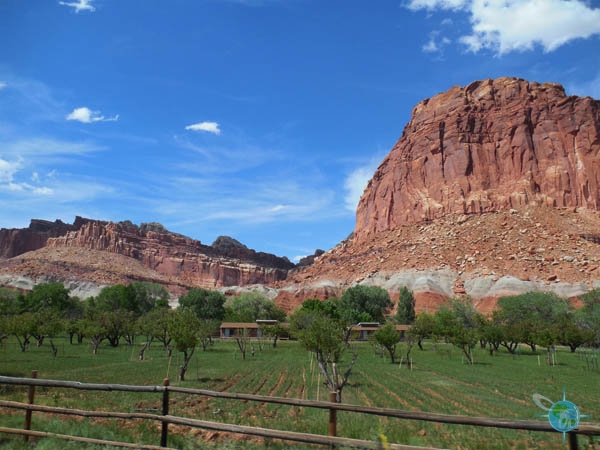 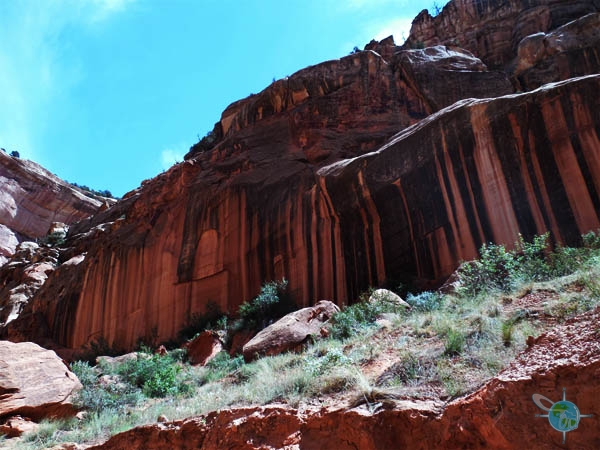 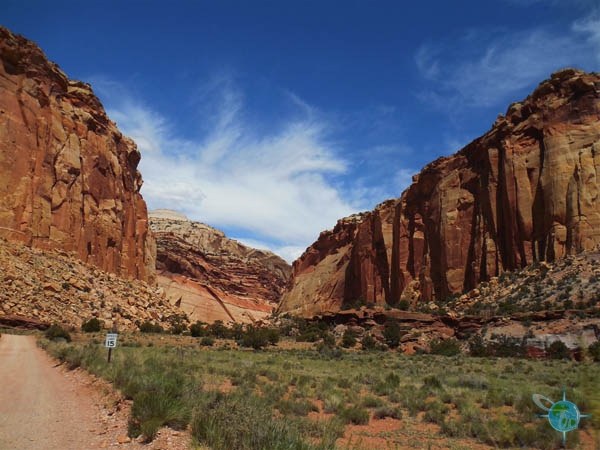 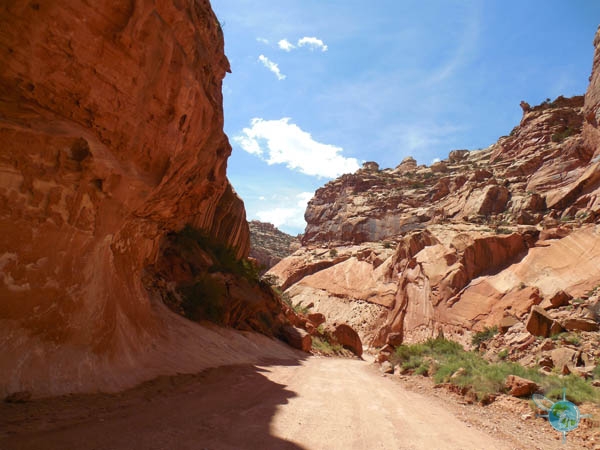 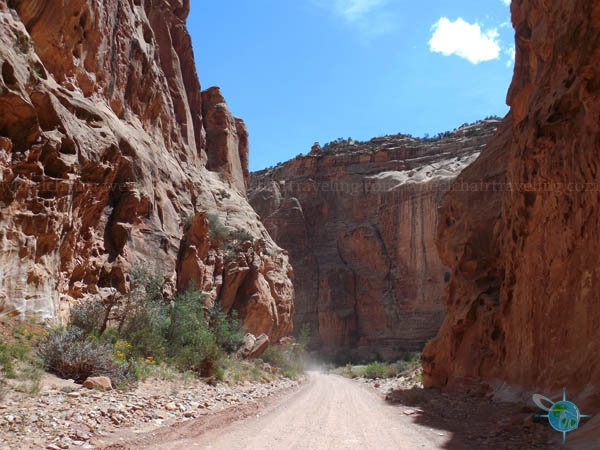 [Show thumbnails]
Capitol Reef National Park is located in south-central Utah and protects its most famous attraction, the Waterpocket Fold, and the surrounding eroding rocks. The park was given its name because of an area of white Navajo sandstone that somewhat resembles the US Capitol Building, which is visible from the car. Driving around the park is very scenic and it is a good thing as the rest of the park is not very accessible.

Off Utah 24 in the park is a boardwalk trail that is less than a quarter of a mile which takes you under trees and along the sheering rock for views of petroglyphs carved into the rock. To the left of the trail is a boardwalk platform that leads to a large display of petroglyphs. A wheelchair accessible viewer is available for a closer look as well as an audio guide. The audio guide reveals that not much is known about the people that carved these drawings and are simply known as the Fremont People. A number of the images resemble spacemen.

The Visitor’s Center is accessible with two handicapped parking spots, automatic doors and accessible restrooms inside. To the left of the Visitor’s Center is a dirt path that runs along the site of the road. This may be accessible for some. The trails is relatively flat for less than a quarter of a mile but does have one awkward incline and a few spots that are difficult to push through with a wheelchair.

As previously stated, accessibility is limited so driving will provide the best visuals of the park. Capitol Reef National Park has road called the “Scenic Drive” with a corresponding self-guided tour printout available online. One complaint is that the guide doesn’t really go in order and markers are hard to find.   Off the scenic dive are the Grand Wash Road and the Capitol Gorge Road, two unpaved roads that lead deep in to the canyons. Flash flooding is a real danger on these roads so be sure to check at the visitor’s center for any warnings.