Because most of the buildings in Bisbee, Arizona were built in the early 1900s on hillsides near the mine, finding accessible accommodations can be difficult. Most of the inns and hotels are constructed with a lobby, restaurant/saloon or parlor on the first floor, and the guest rooms upstairs. The one exception I have found is the Copper Queen Hotel, built by the Phelps Dodge Mining Company in 1902.

It maintains the quaint charm of a hotel that is more than a century old, with antique furnishings and its own saloon. The 4th floor of the building is rumored to be haunted by several spirits, which attracts curious ghost-hunters. Celebrities including John Wayne have stayed at the hotel, and they have a themed room named after him. Other amenities include an on-site restaurant, wifi in the lobbies and saloon, and a swimming pool. (The pool is advertised with a lift, but I did not confirm this). The second floor parlor has a complimentary coffee and tea station. Pets are not allowed and all of the rooms are non-smoking. There is an accessible public restroom in the lobby. 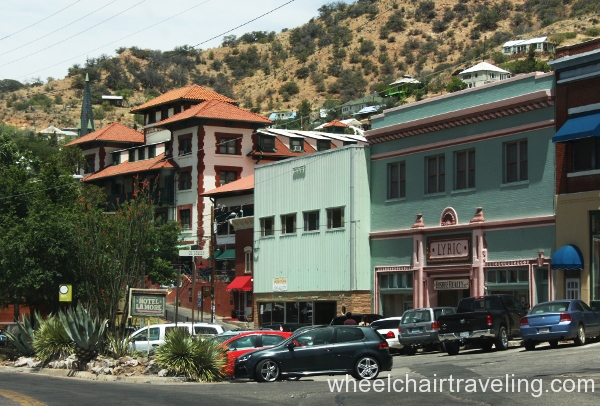 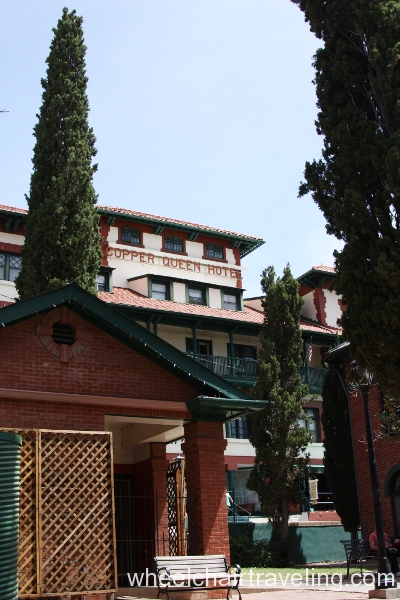 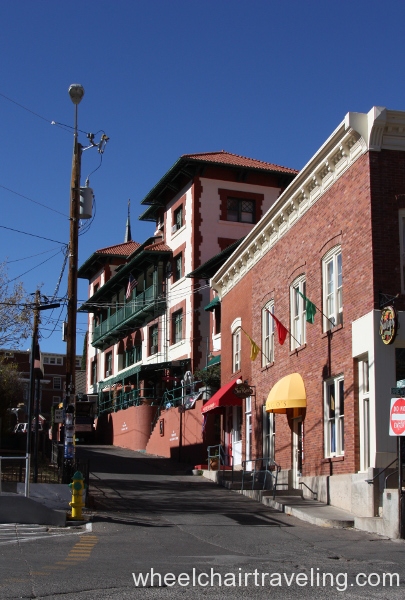 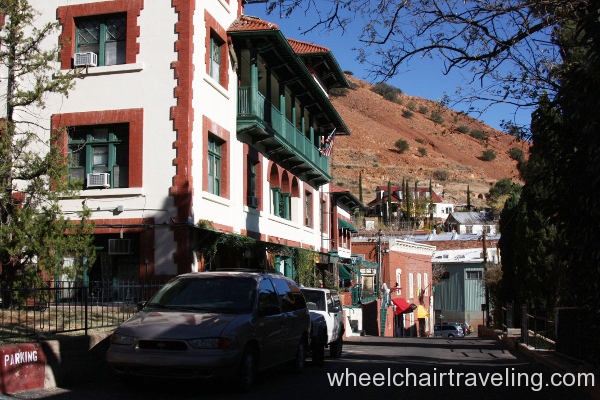 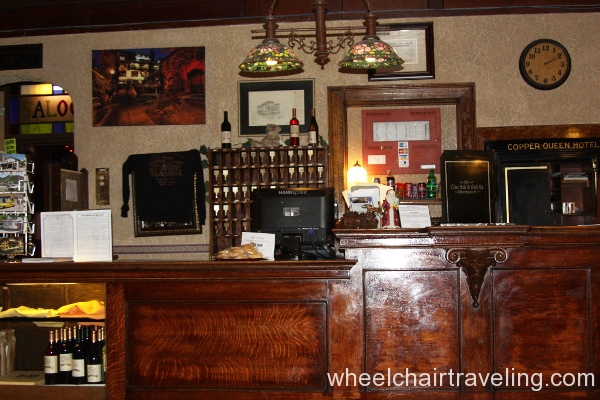 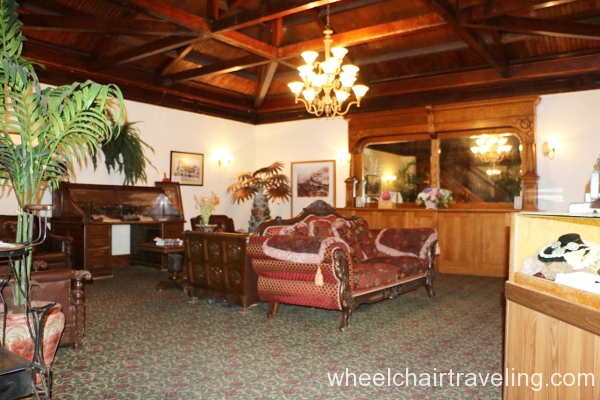 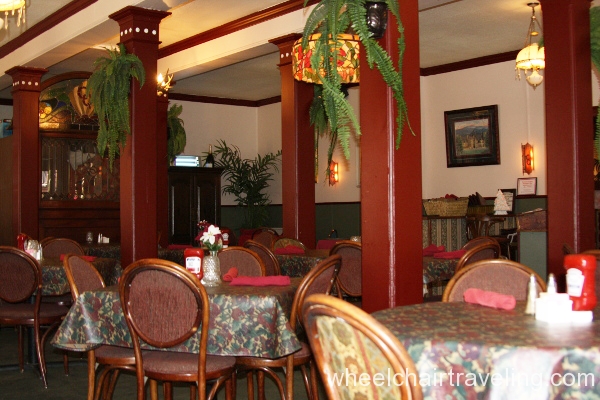 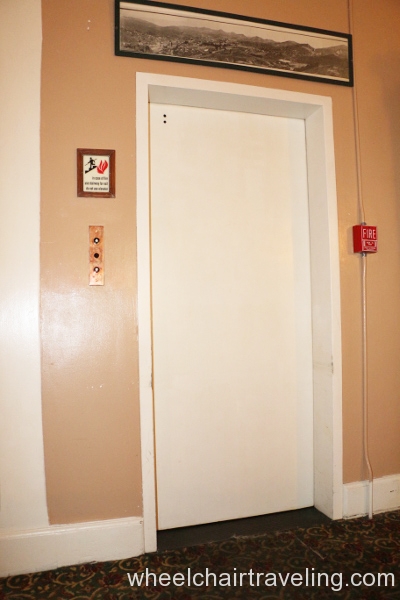 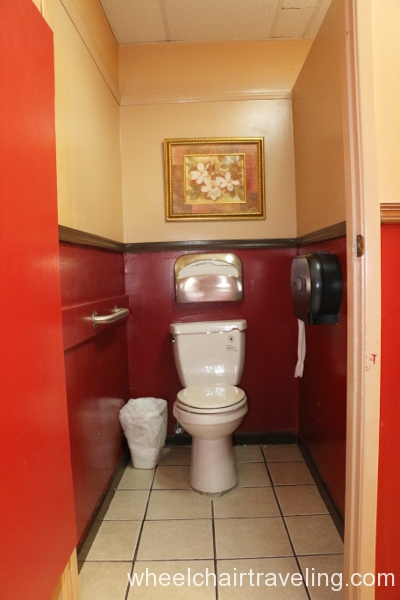 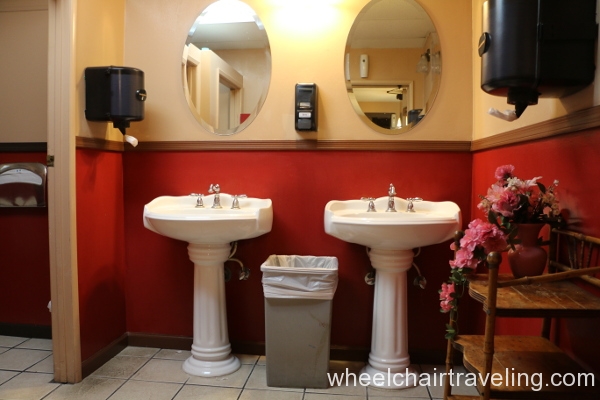 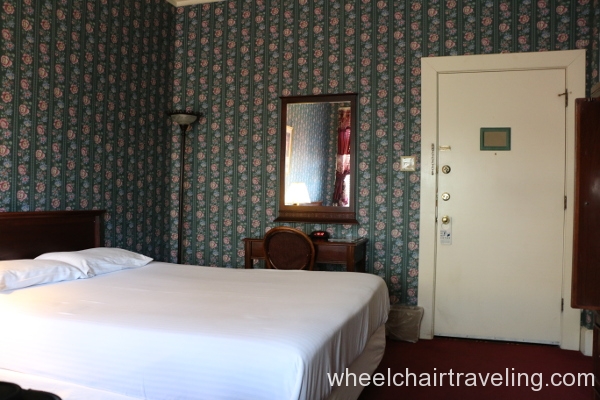 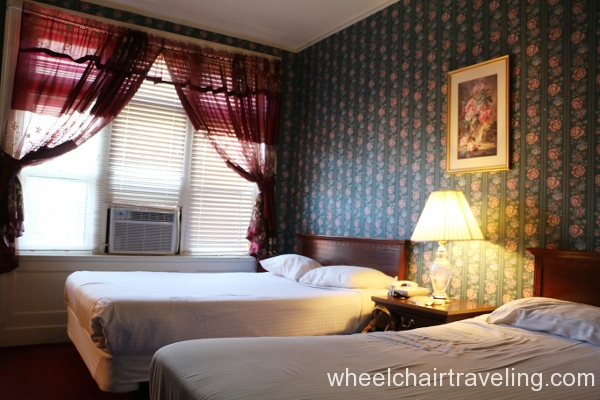 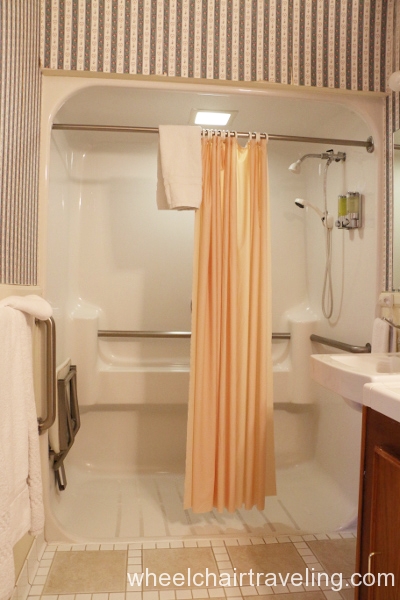 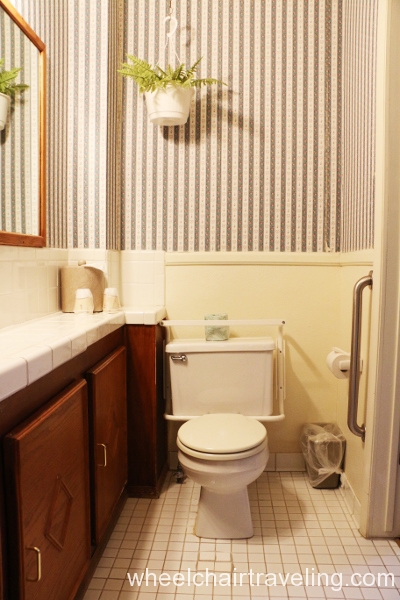 The hotel building sits on a hill overlooking the historic downtown area, just around the corner from the saloons in Brewery Gulch. There is one level designated accessible parking space on Howell Avenue in front of the hotel. To avoid the long flight of stairs at the lobby entrance, guests with disabilities need to enter through the iron gate next to the parking space and follow the sidewalk between the hotel and the adjacent church to a side entrance. This door enters the kitchen to the restaurant in the hotel lobby; staff can direct the way through the restaurant to the front desk.

While it is not ADA certified, the owners have made some modifications to at least one room to accommodate guests using a wheelchair. The adapted room is on the second floor of the hotel, directly above the saloon. It is accessed via a small elevator in the lobby across from the desk. The door is opened with a traditional metal key and there are deadbolts and a chain lock as well. The room is carpeted and has two double beds, a nightstand (with free homemade cookies on top!), a small desk, and a dresser/television stand. There is a closet but I didn’t notice if the clothing bar is lowered.

Space in the room is tight; when I stayed there we moved an armchair out of the room into the second floor parlor. My 27” wide wheelchair fit between the beds and at the foot of the beds, and I could get into the bathroom. The beds were the same height as my chair for transferring, so about 20-22” high. The air conditioner is in the window, so those traveling alone may have trouble reaching it, or need to transfer onto the bed to access it. The bathroom has a toilet with flip-down grab bars and a roll-in shower with a flip-down padded seat and grab bars. There is a hand-held shower head but the holder for it, and the dispenser for shampoo and soap are too high. The single wall-mount sink can be rolled under and has a single lever faucet control.

If you are interested in experiencing the Copper Queen Hotel, I suggest that you contact the staff and discuss your individual needs. You may find that other rooms will work for you; my friends stayed in the John Wayne room and although it did not have as many modifications, it is spacious enough that it would be possible for me to stay in that room with a little assistance.