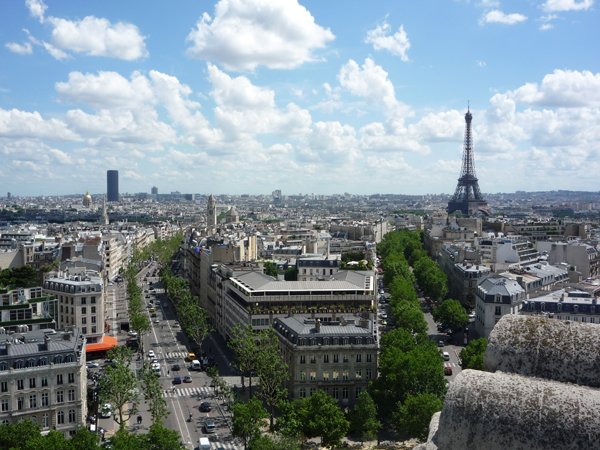 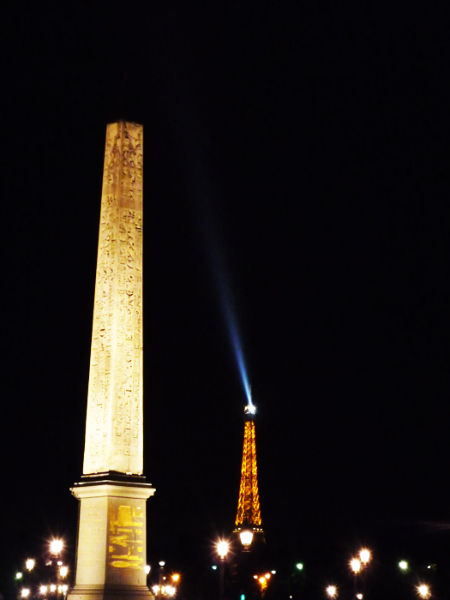 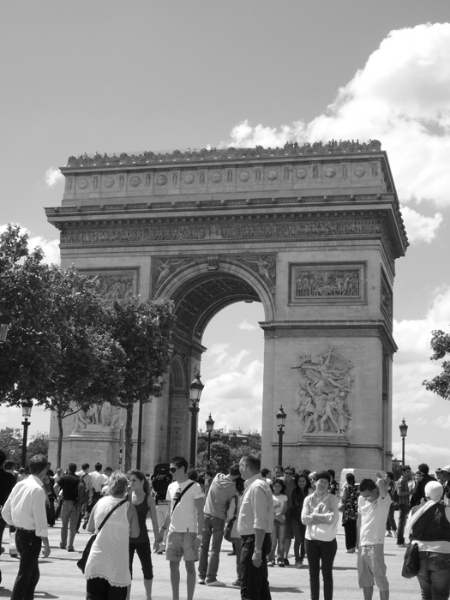 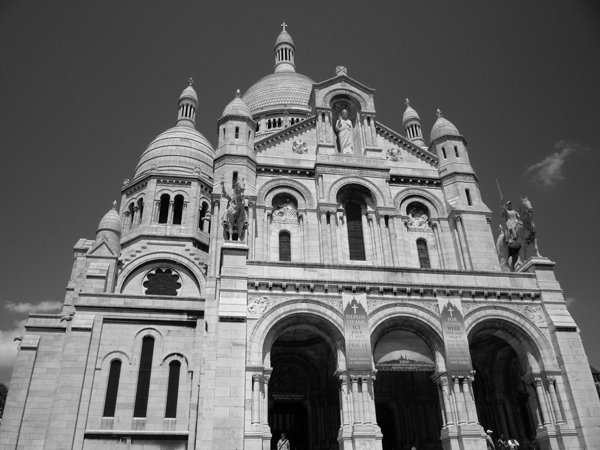 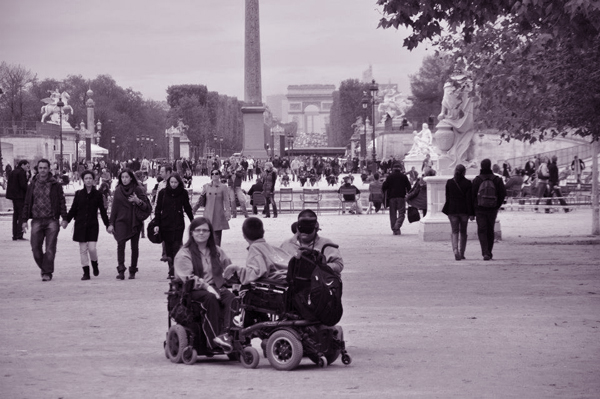 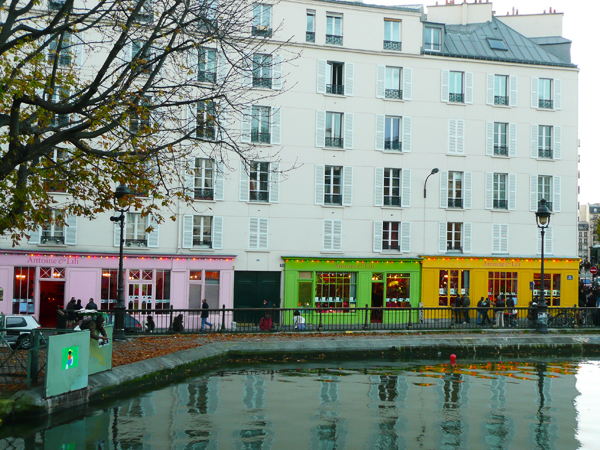 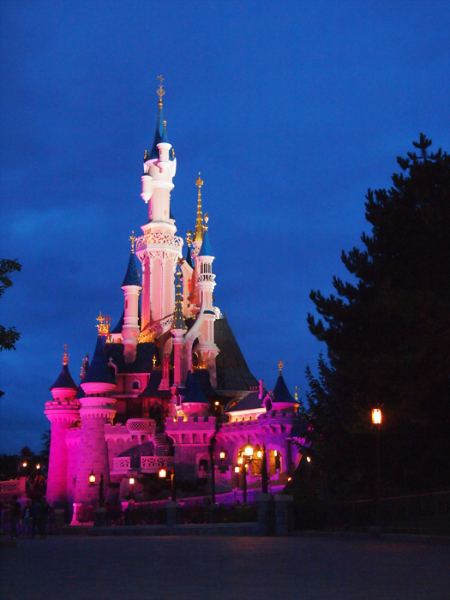 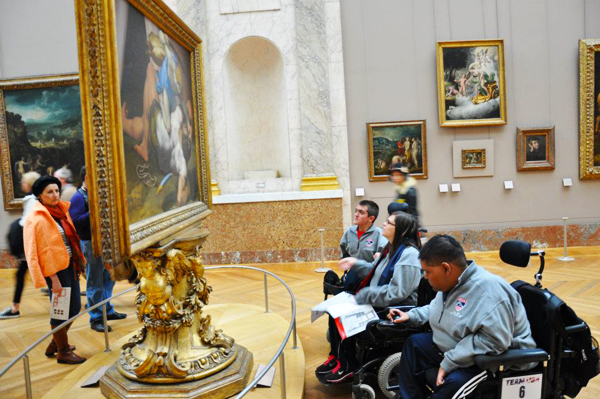 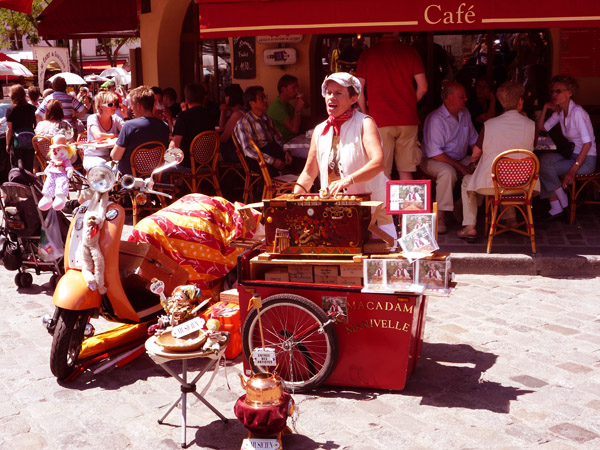 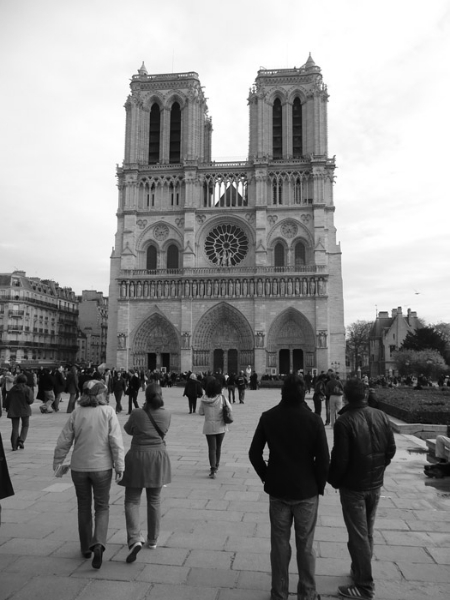 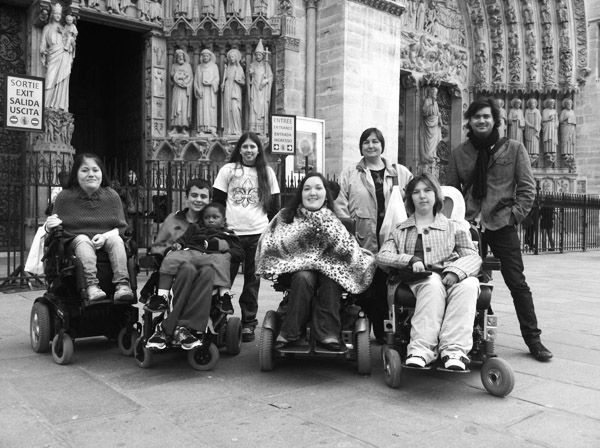 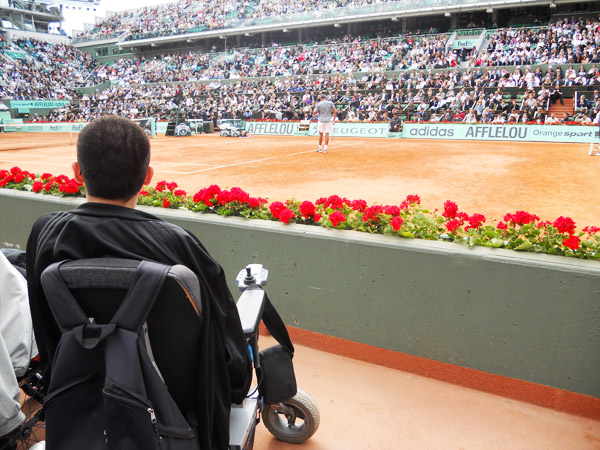 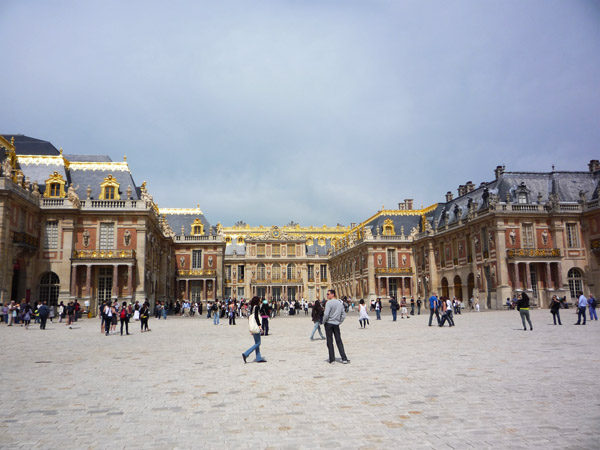 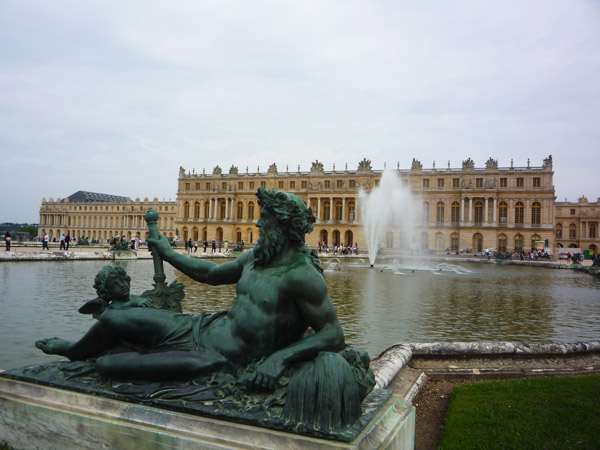 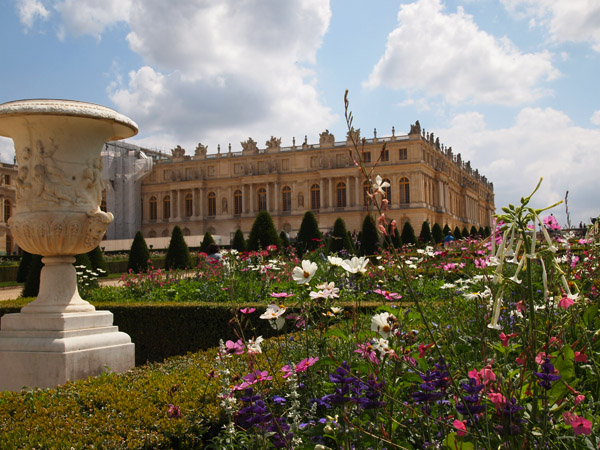 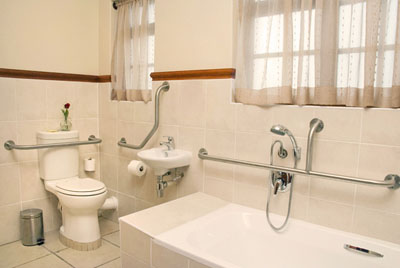 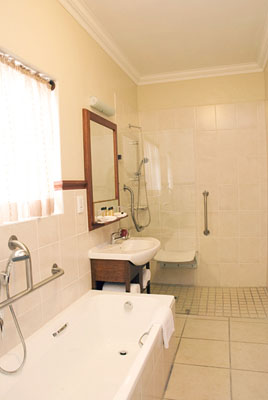 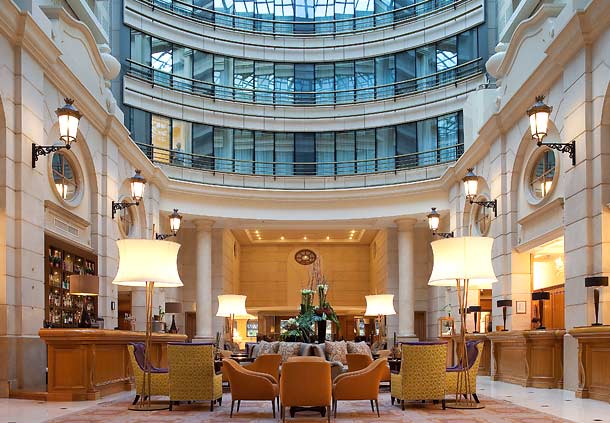 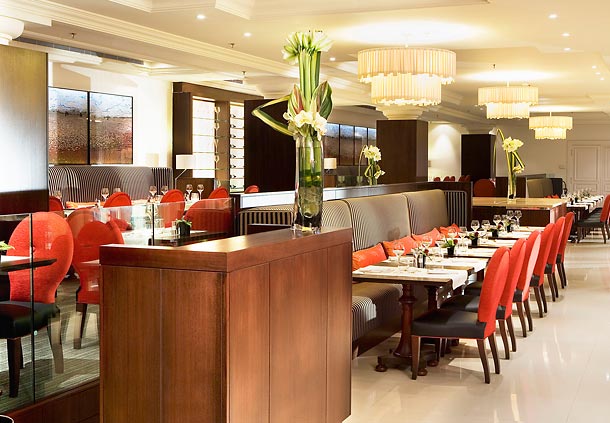 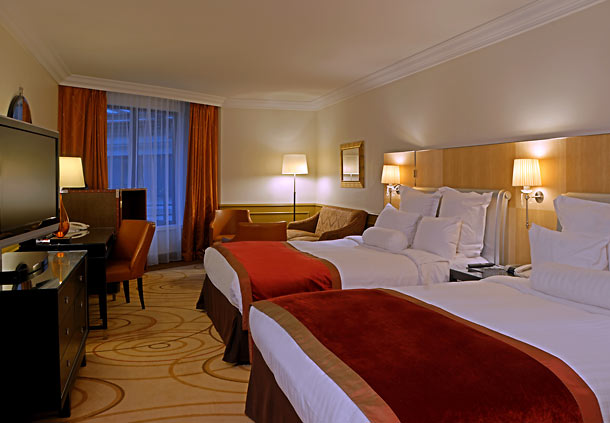 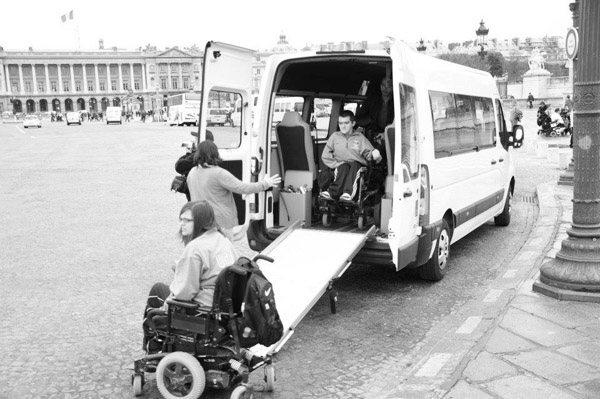 Paris is the capital city of France and its biggest town but it is also the world’s number one tourist destination. Paris offers a wide range of tourist attractions, probably the largest in Europe: besides many famous museums and cultural sites, you will find in Paris wonderful restaurants to tickle your taste buds or incredible nightlife to go through a whole night of pleasure!

Wandering in the streets of Paris will make you go deep into history: begin with the oldest monument in Paris, the Egyptian obelisk on Place de la Concorde (3,300-year-old), go on with Roman foundations such as arenas of Lutece (Roman name of Paris) before discovering Middle Ages and its masterpieces (Notre-Dame cathedral, the Latin Quarter, gothic churches, etc) before the apogee of Renaissance. The absolute monarchy of Louis XIV is one of the most prolific periods for Paris with the rebuilding of Louvre Castle, the creation of Versailles Palace… Discover also the more recent events of our history with the French Revolution, Napoleon’s Empire and, in modern times, World Wars in Europe. But Paris is also a town living in the present and turned toward the future as you will discover in the business district of La Défense or in the National Museum of Modern Art in Pompidou Center, etc.

Paris welcomes its guests all year round, but April, May, June, September and October are the best times of the year for more pleasant weather. The urban landscapes and the enlightening of monuments are much more enjoyable during nice evenings on the banks of the Seine than during a cold winter night! You have to keep in mind that Paris is always crowded regarding touristic areas. Summer and especially August are less crowded as it is public holidays in France but many attractions or restaurants are close during this month.

Dinning Out and Nightlife

The number of restaurants in Paris is incredible and you will find food from all over the world. Two favorite restaurants that are good for wheelchairs are Café Marcel near Canal Saint-Martin (French interpretation of Indian food in a delicious setting) and Au Mirbel near the botanical garden of the Jardin des Plantes (French food).

Nightlife is also an important point of your stay in Paris. Book a dinner-cruise on the Seine River or enjoy a wonderful dinner revue at the Lido (cabaret and burlesque house on the Champs-Elysées). Many sites in Paris are fully accessible and will lead you through a night of pleasure! Begin your evening with live music at the Australian pub named Café Oz, at the Guinness Tavern or in Café de la Musique in La Villette. Have a dinner with live music in Peña Fiesta (Spanish style) or enjoy the accessible nightclub Mix Club near Montparnasse or the Pacha Club in Versailles.

The Louvre Museum is both a world-known museum and an historic monument. The regular exhibition shows more than 35 000 objects from prehistory to the 19th century in this former royal palace. The exhibition is divided in eight collections: Egyptian Antiquities; Near Eastern Antiquities; Greek, Etruscan, and Roman Antiquities; Islamic Art; Sculpture; Decorative Arts; Paintings; Prints and Drawings. The museum provides an accessibility map to help you organize your tour. Many activities offered by the museum are disabled-friendly and some activities are even dedicated to people with special needs.

The Notre Dame Cathedral (NOW CLOSED) used to be one of the largest cathedrals in occident for centuries. Its dimensions are still very impressive and whether you are looking at the façade or examining the wonderful insides, you will admire the works of numerous architects and artisans (furniture, stained glass, sculptures, etc.). The nave, the transept and side-aisles (more than 2/3 of the building) are wheelchair accessible. If you have an electric wheelchair, please note there is a small step at the entrance portals to access the main floor.

The Eiffel Tower was built as the entrance of the 1889 World’s Fair and has become an icon from Paris and France. Millions of people ascend it every year to enjoy the wonderful view over Paris! The 2nd floor with its circular view over Paris is the ideal place from which to get some great souvenir pictures. The 1st and 2nd floors are accessible to wheelchair users using the lifts designed in three of the pillars.

Some parks are fully accessible and will provide you a bubble of fresh air. We highly recommend the Luxembourg Gardens, second largest park in the city and garden of the French Senate. Other accessible parks: the Parc Montsouris and the Jardin d’Acclimatation.

Concerning streets and sidewalks, manual wheelchair users will be more comfortable but power chairs can also be used in many areas. Curb cut-outs are available on most sidewalks but sometimes you will discover that if you want to go in a specific direction, you should have used the opposite sidewalk: either change your plan or you go back to the last curb-out and cross the street! Some streets are cobbled and very few accessible: for example we wouldn’t recommend going to Montmartre by yourself as the whole area is cobbled (or with a bad pavement) and hilly!

We have to advise disabled travelers that the public transportation in Paris is being improved but is not really accessible yet, especially in the metro where stations are very old and have many steps or escalators and no lift. There is one fully-accessible metro line (number 14). Buses are more accessible as long as you don’t use them during rush hours. Private transportation in a regular car (if you prefer transfer to a seat) or in adapted vans are the best solutions for wheelchair users who want to visit the city.

Since 2010, the 400 public toilets in Paris had been replaced by a new model. The “sanisettes” (official name of these free public bathrooms) are accessible to people in wheelchairs, are equipped with a support rail and provide recorded information and information in Braille. Adapted bathrooms are also available in most attractions in Paris, especially national museums. It may be quite difficult to find a fully accessible restaurant with fully adapted bathrooms as most of the restaurants and cafés are built in old buildings with bathrooms downstairs. Restaurant chains are more modern and fully equipped as well as expensive gastronomic restaurants but the small typical French brasseries are unfortunately less accessible.