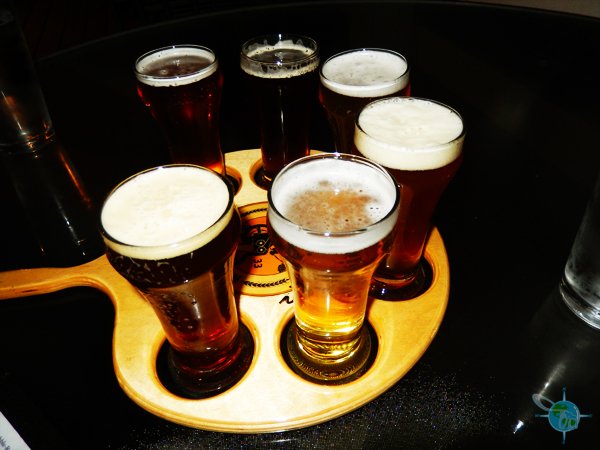 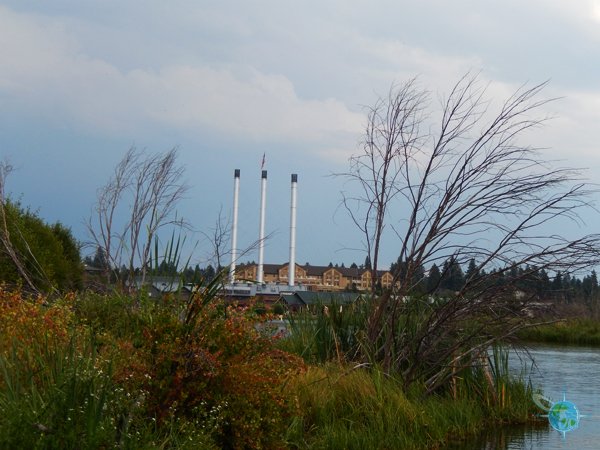 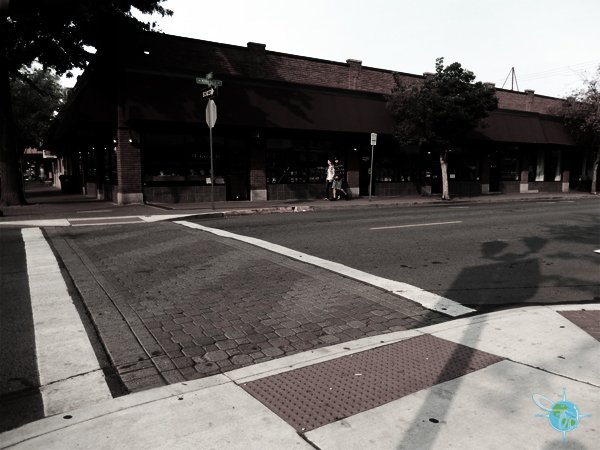 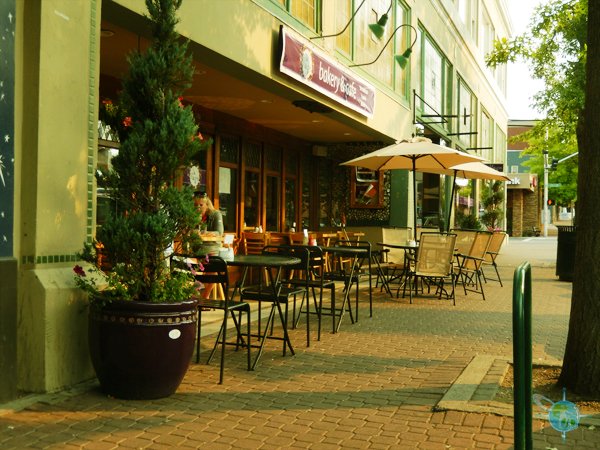 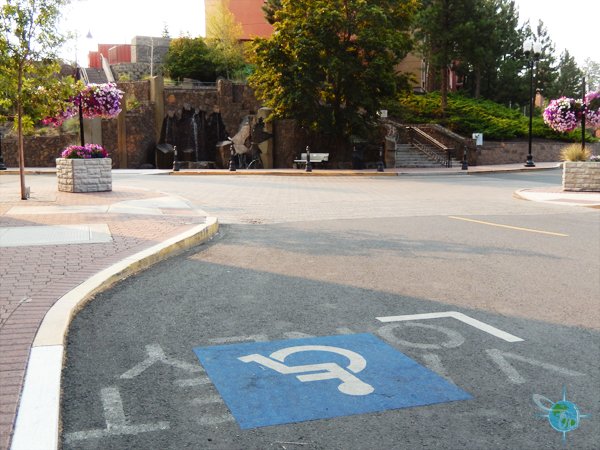 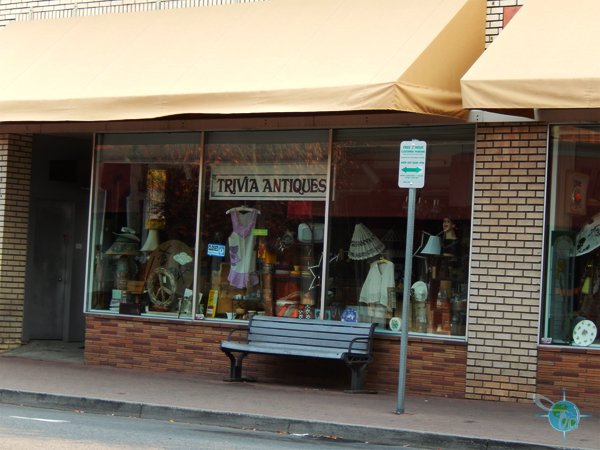 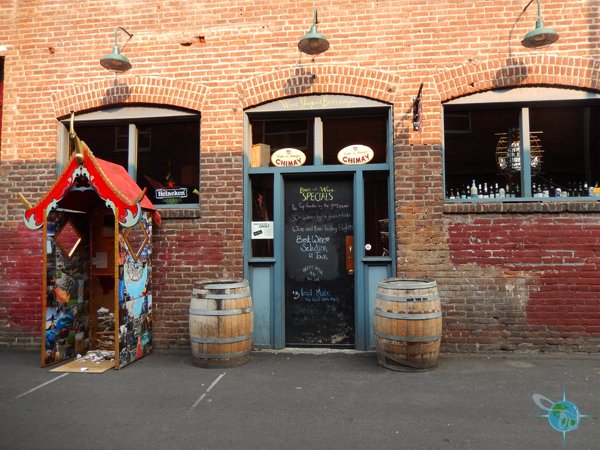 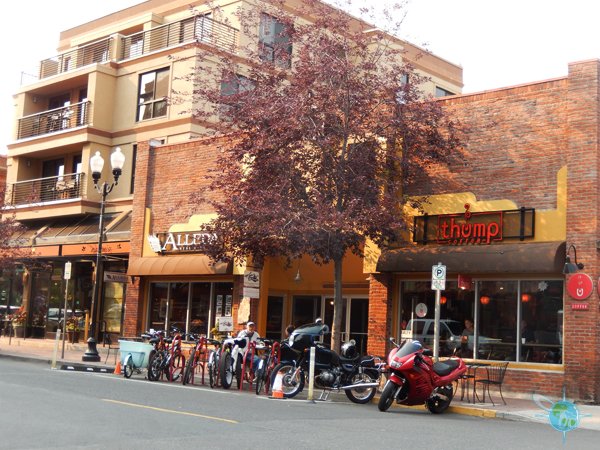 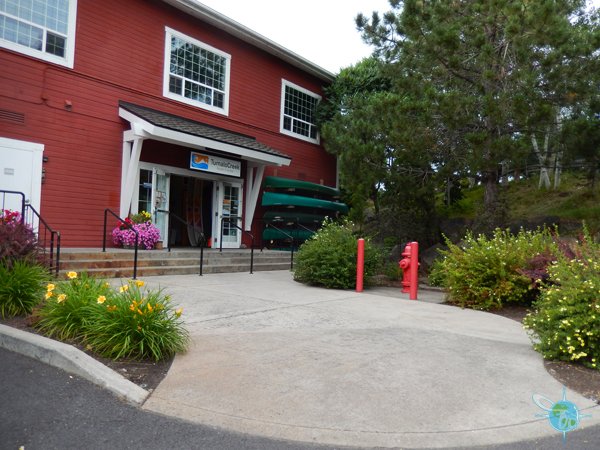 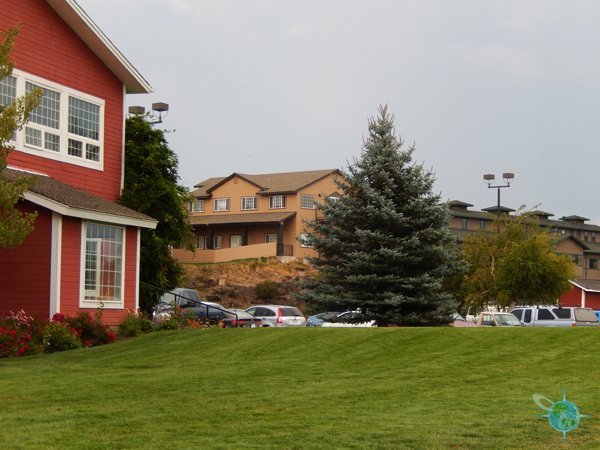 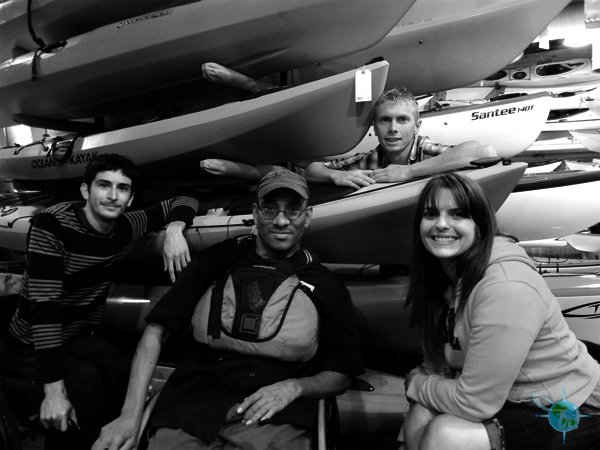 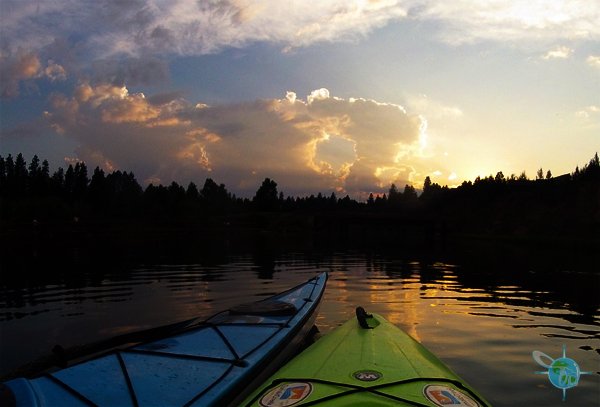 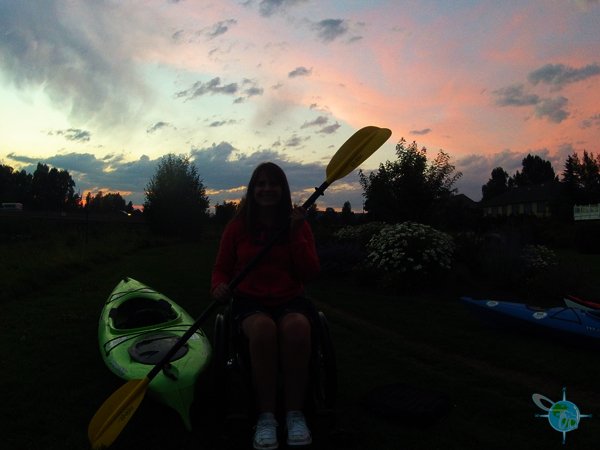 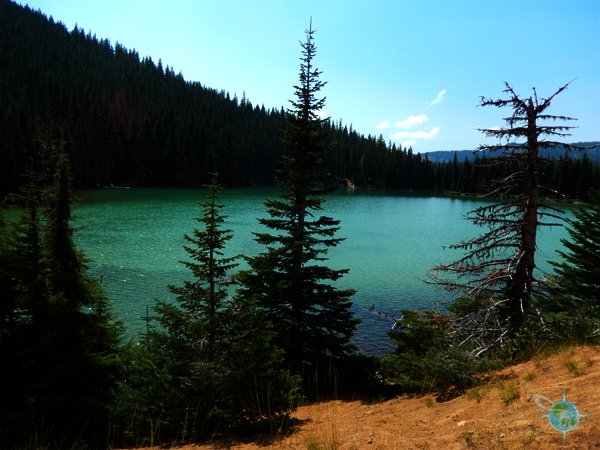 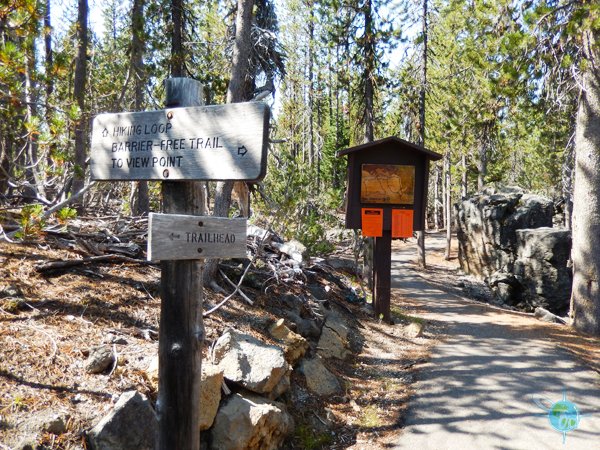 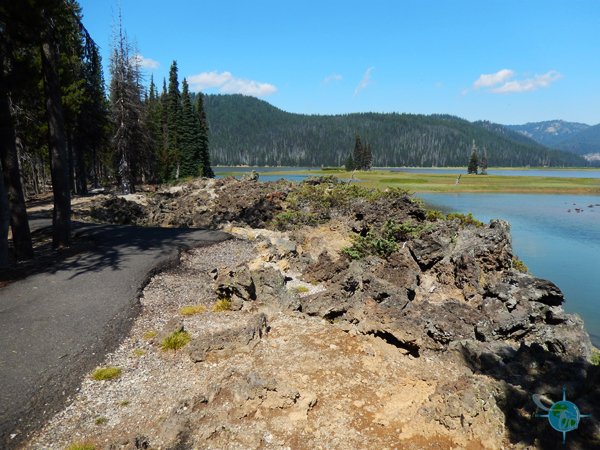 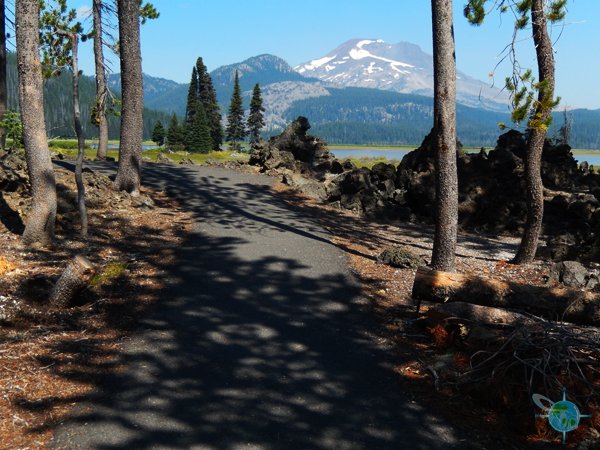 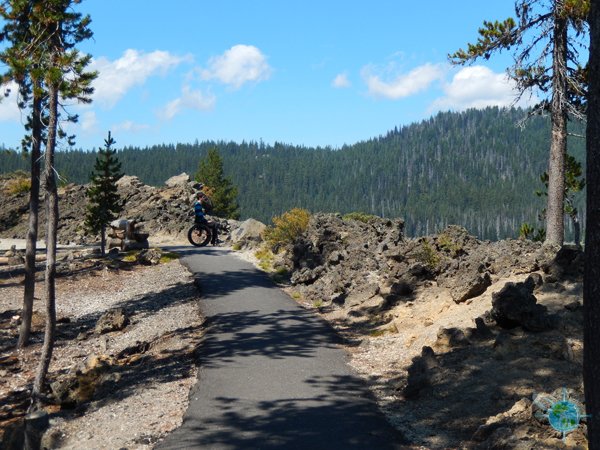 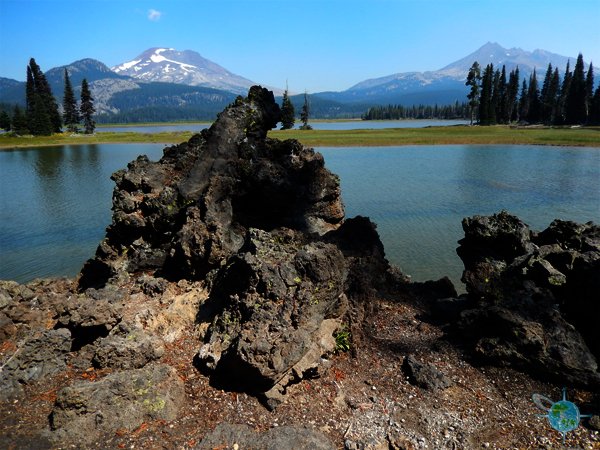 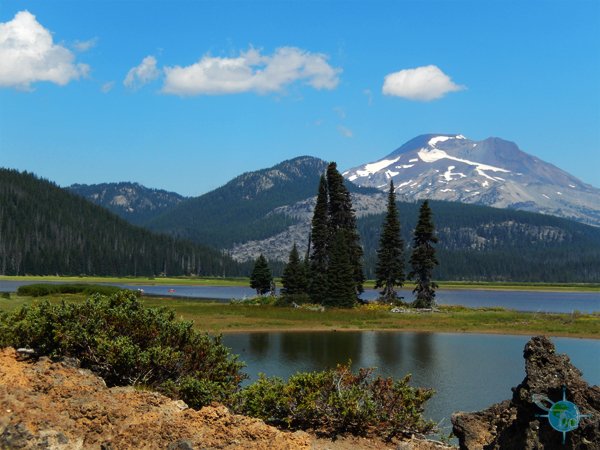 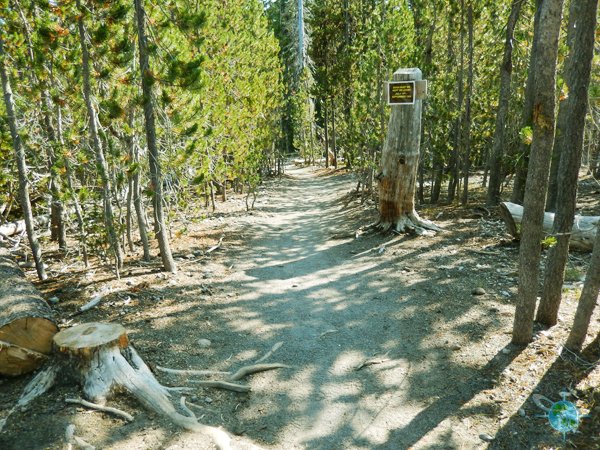 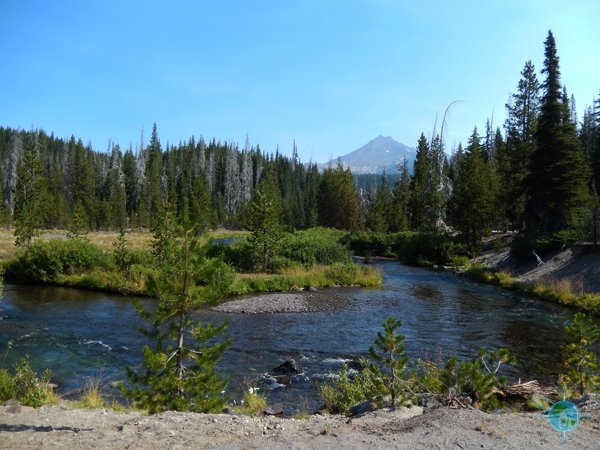 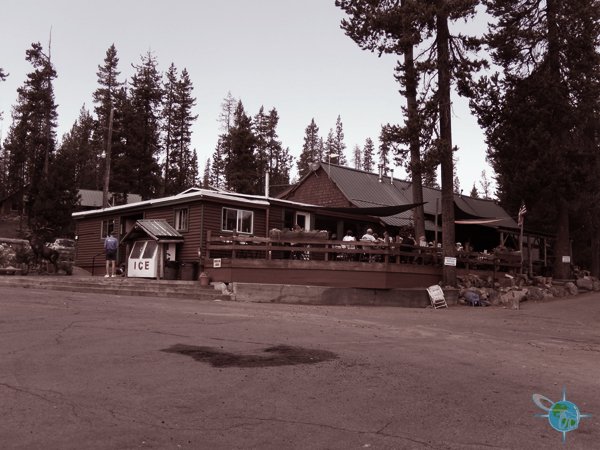 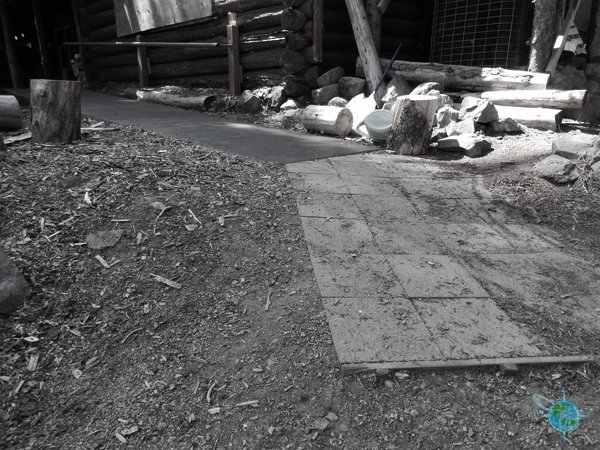 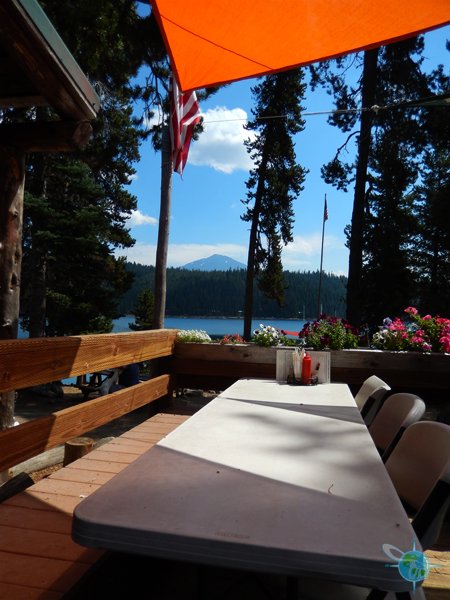 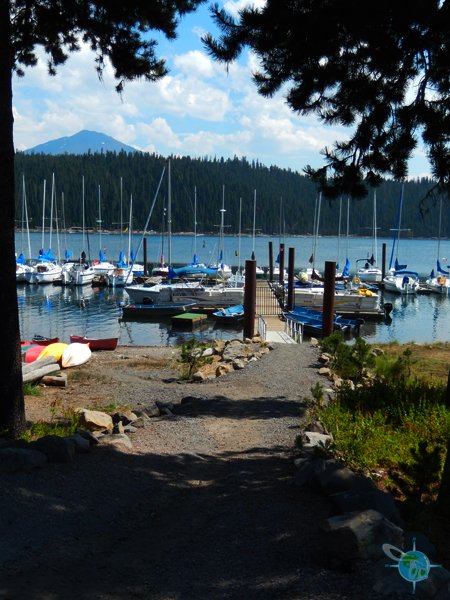 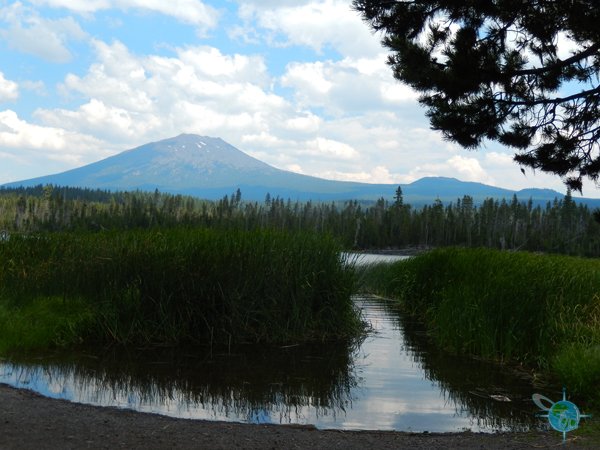 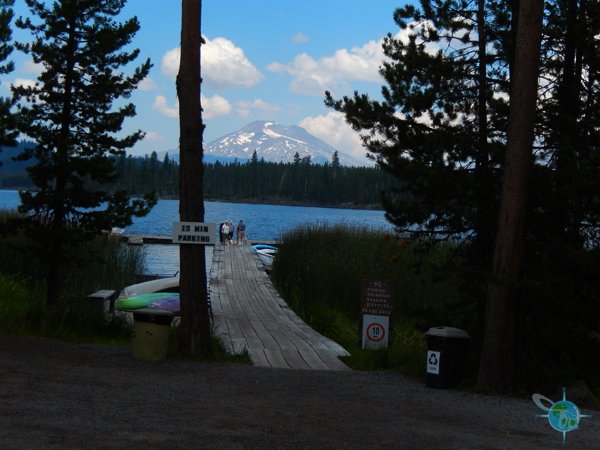 Bend, Oregon  is a growing city attracting many young adults who thrive in outdoor culture and golf lovers alike. Surrounding Bend are cascading mountains with lakes, rivers and streams to explore followed by a sprinkling of golf courses before you reach the center of town. Paved bike paths weave all around the city and are wheelchair accessible but manual wheelchairs will encounter the occasion varying slope.

Downtown Bend and the Old Mill District are the most popular parts of town where locals and tourist mingle. Between them is the Les Schwab Amphitheater where you can enjoy some live music and during the summer catch the free concerts (June-August). Downtown Bend and the Old Mill District both host an array of shops and eateries but the downtown area features local businesses with a few hotels mixed in whereas the latter has all the corporate representation along with a movie theater. Downtown Bend also the go-to place for antiques and the weekly farmer’s market with, of course, locally grown produce and other goodies.

Wine bars are also fairly common in Bend and can be found in these two popular areas. Bend is also not a bad place to be if you are beer drinker as it has most breweries per capita than any other city in Oregon. Basically, visitors are far outnumbered by breweries serving local, handcrafted beer selections. Breweries are in every part of town, including Downtown Bend and the Old Mill District. Yes, Bend is making a name for itself in the beer business.

The town of Bend began in the 1870s and grew because of the success of the timber business from Oregon’s lust forests. The Deschutes River was the perfect mode of transporting the lumber and so a mill was setup along the bank. Today, the Deschutes River can be used by locals and visitors for recreation. Canoes, kayaks and paddleboards dominate these waters but there are also scattered fishermen hoping to make a catch. One such company renting all the equipment is Tumalo Creek Kayak & Canoe, just upstream from the Old Mill District. Besides the handicapped parking, ramp and restrooms there are no additional adaptive amenities. The crew members are open and willing to make what they have work if able. My boyfriend and I both had never been kayaking post spinal cord injury but we were game. It was arranged in advance to kayak with Air Force and kayaking veteran James Fredrick and his colleague. James has an incomplete spinal cord injury at C5 but he is still able to stand and walk a tiny bit. He has always been a thrill seeker and avid outdoor enthusiast, which is why he lives in Bend despite the colder winters. James stays active now not only kayaking the many rivers, streams and lakes in the area but also hand-cycling, rock climbing, sailing and more.

It was just before sunset and a light thunderstorm was forming. The air was thick with the occasional raindrops. Without any designated accessible path to the water my boyfriend and I rolled through the grass and up a small slope to reach the edge. I received some assistance. Before suiting up with lifejackets James gave instructions on how to paddle, safety tips and the ways of the current. Once my lifejacket was on I put my legs in the kayak one at a time but knew that getting out would be the hardest part. Then I was slowly lowered off the bank into a holding point on the river. I had no idea what my balance was going to be like. As I shifted to find my center James politely reminded me of his prior lesson, “Remember—don’t panic.” Once we were all in the water James showed us how to cross the current that lay in front of us. We would be moving upstream first. After James was across I jetted across, digging my paddles into the rushing water. The current was stronger than I had imagined but I worked against it properly to move out of its force. Closer to the water reeds along the shore was where the flow softened and here we laid our strokes. At first I wasn’t sure how long I could kayak as it was quite the workout for the arms and core but soon after I began the movement of flowing with the stream became second nature. I was sore for the next two days but it was a good sore and I liked it.

We all kayaked to the way to the end where some whitewater rapids begin. James and his colleague demonstrated how you use a whitewater wave as a sling shot. It looked like fun but my lack of experience meant a higher chance of tipping over, so I decided on the more casual approach of turning around for at least my first time. The downstream venture back took about half the time. At this point the sunset was in full bloom. It was radiant. The light summer thunderstorm was just nearly overhead creating brushstrokes of pink in the evening sky and cooling the air. I won’t be able to always remember what the sky looked like but I will remember that moment forever. An unplanned divine space in time.

By the time we headed to shore my arms were pretty exhausted but it was all worth it. Once I was assisted out of the kayak and into my wheelchair my spaghetti arms slowly carried me across the grass to the parking lot and front entrance. After one last photo and a few hugs we departed. New friends were made and it was official—I was hooked on kayaking.

For experienced Kayakers, James recommends his favorite lakes are Waldo Lake, Hosmer Lake and Paulina Lake, which has a hot spring on the north shore. All three of these are found in the Cascade Mountain Range and are known as the Cascades Lakes. Tons lakes can be found within the Cascade Mountain Range. So many lakes exist that it is impossible to visit them all in one day. Some of these lakes are fairly close together. For instance, there are several lakes along the Cascade Highway and all are different sizes but equally beautiful in their own right. The fee for the park was $5 in 2013 which you can pay at many of the major trailheads (look for kiosk) or the outdoor megastore REI has some for purchase in town. This only needs to be paid once for access to the entire park for one day.

The most wheelchair friendly hiking trail in this region is at Sparks Lake. After driving down a gravely dirt road you will find handicapped parking available just at the start of the 1/3 mi paved accessible trail. The trail does continue but is not safe for wheelchairs. The trail begins gradually and then turns the corner for a long back-and-fourth ramp down a slope, which is completely ADA. After that the trail is relatively flat and a spectacular view of that lake overlooking Broken Top Mountain. Many volcanic rocks border the lake and because of its scenic location, kayakers are frequently seen. A wheelchair accessible outhouse restroom is available at the start of the trail.

The Green Lakes Trailhead has not been designed to be wheelchair accessible but some people, especially using a power wheelchair or scooter, will find it partially accessible for the first 1/2 mile, but please note that there is no handicapped parking or bathroom at this trail. The start of the trail begins at a lovely point at a river with a view of Broken Top Mountain. The trail meanders through a small developed forest and the walkway ranges from partially packed to loose soil, which makes it easier for manual wheelchairs to get stuck. Devils Lake is nearby and has a few places to pull off the side of the road to take pictures as it’s clear water is picturesque but there is no wheelchair access. Further up the Cascade Highway is the Elk Lake where people rent kayaks or enjoy lunch at the lakeside restaurant. The restaurant serves alcohol, burgers, sandwiches and salads produced from local sources. The ramp into the restaurant is on the right side of the patio and is a little sketchy due to its angle and the transition from ramp to the natural forest floor. Continuing on the highway is Lava Lake which had two wheelchair accessible restrooms but no access into the general store. From here you can either continue on the Cascade Highway, which turns into 46, and take Highway 40 to get back to 97 or return from the way which you came. If you continue on 46, without transferring to 40, you will reach even more lakes including two reservoirs. Here you can take Highway 42 to return to 97.

At the very south end of Bend, off 97, is a sign for the High Desert Museum featuring both indoor and outdoor exhibits. This museum gives visitors the close-up and sometimes hands-on encounters with the wildlife found in these parts as well as the natural geography of the land. Try and catch some of the live animal shows, like the otters or birds of prey. Though the outdoor pathways are paved some sections have good sized slopes so plan your route accordingly by asking specifics at the front desk.

What a great review! Makes me want to visit Bend, thank you very much.

Yes, Sandrina! I was thinking about moving here after my visit because it’s really beautiful and VERY friendly.