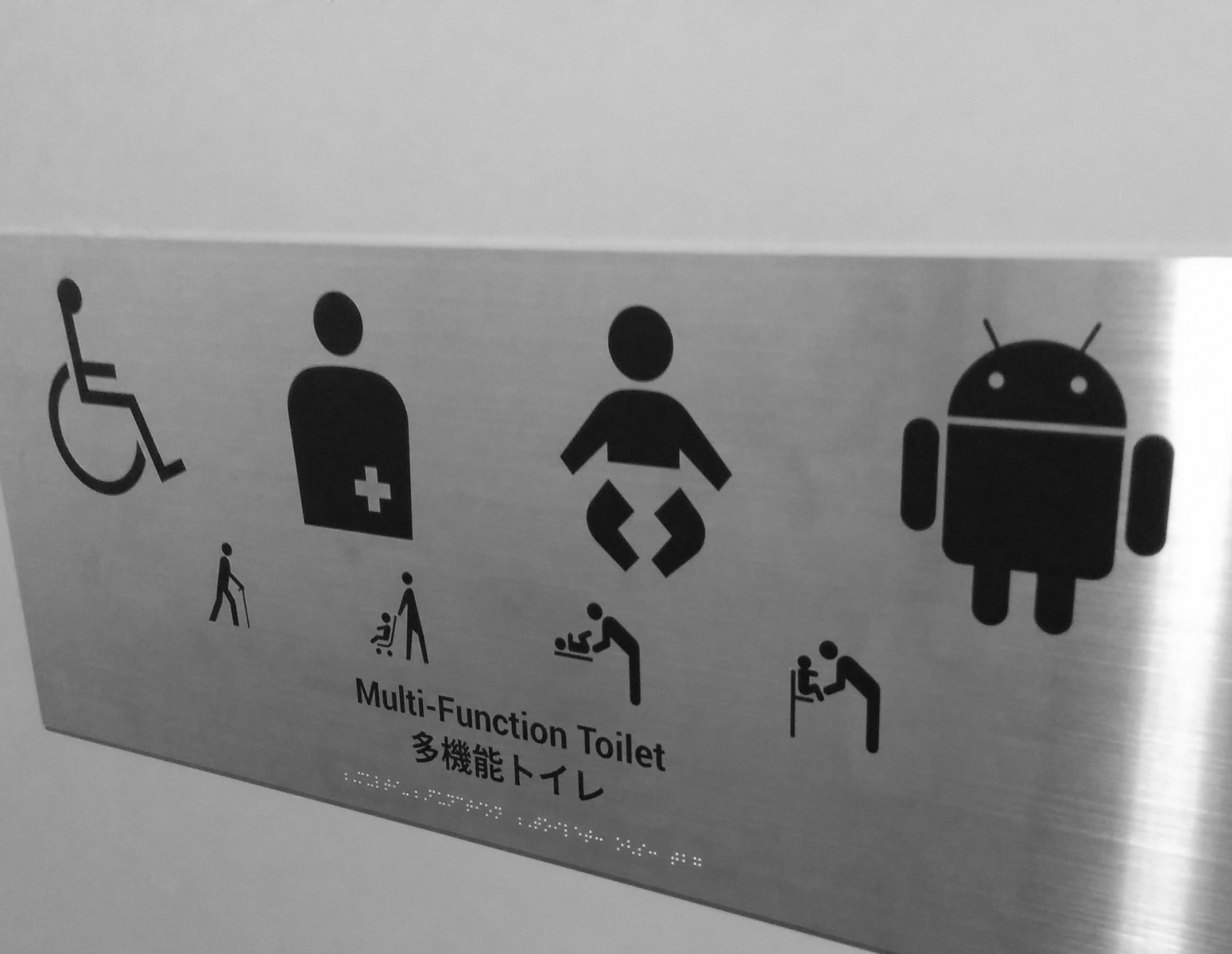 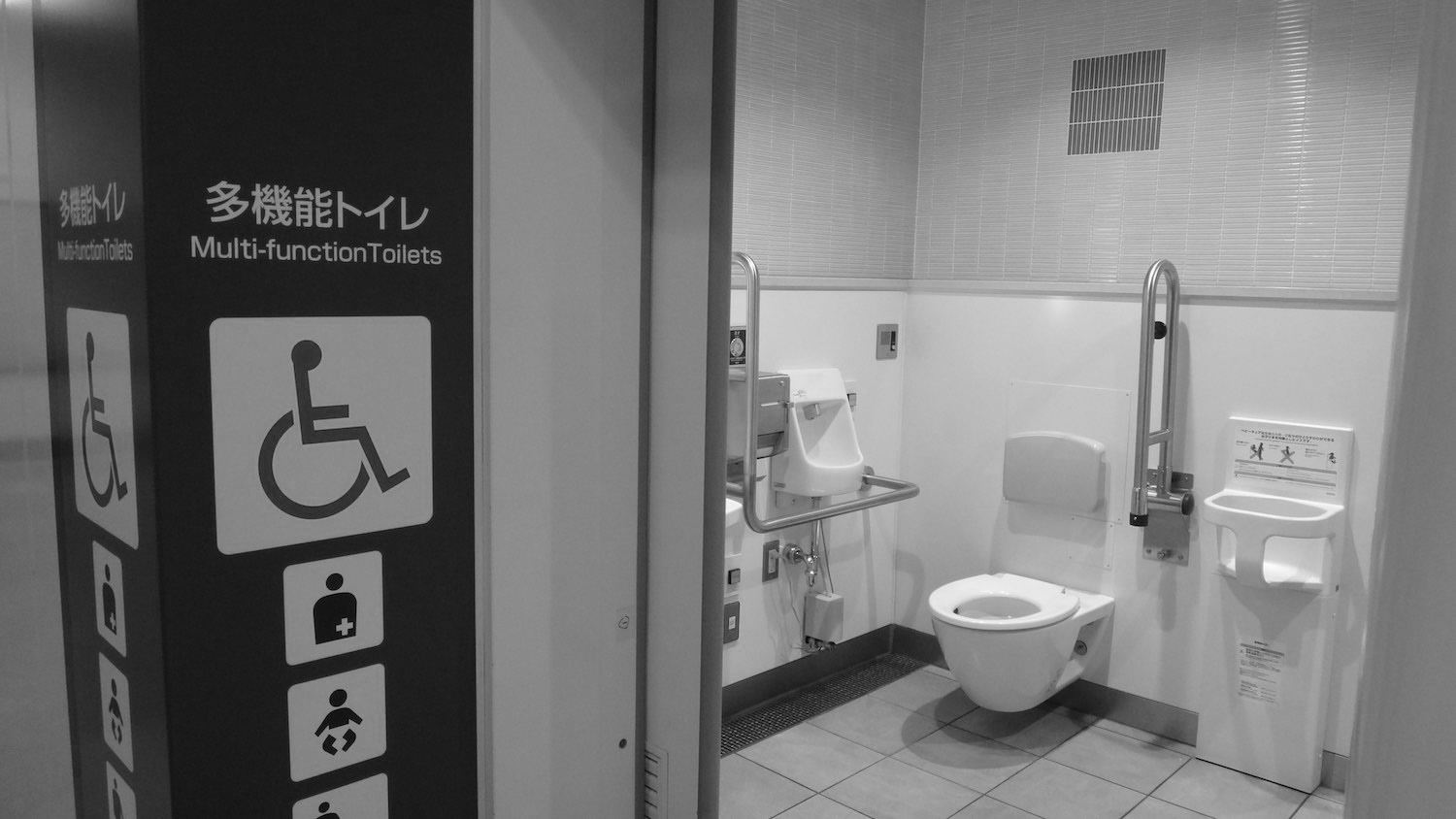 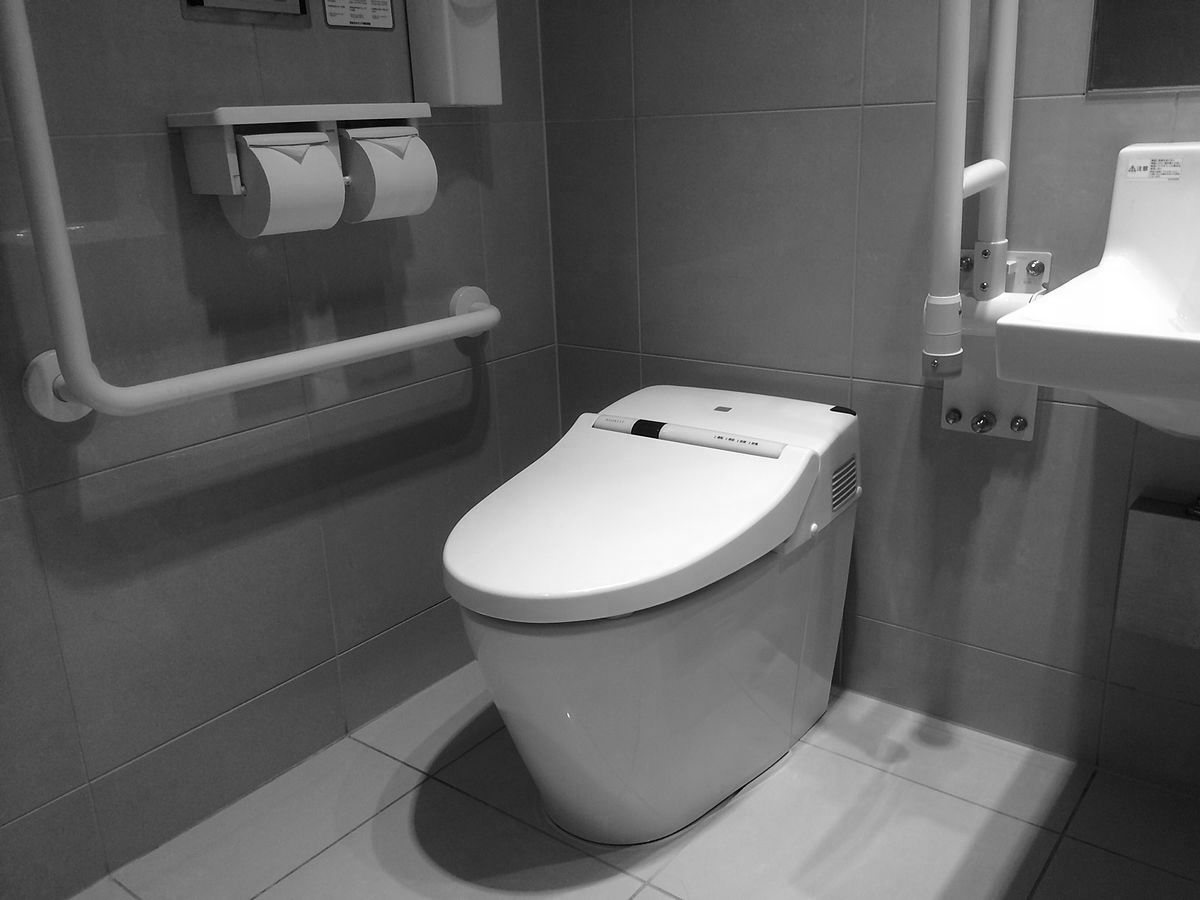 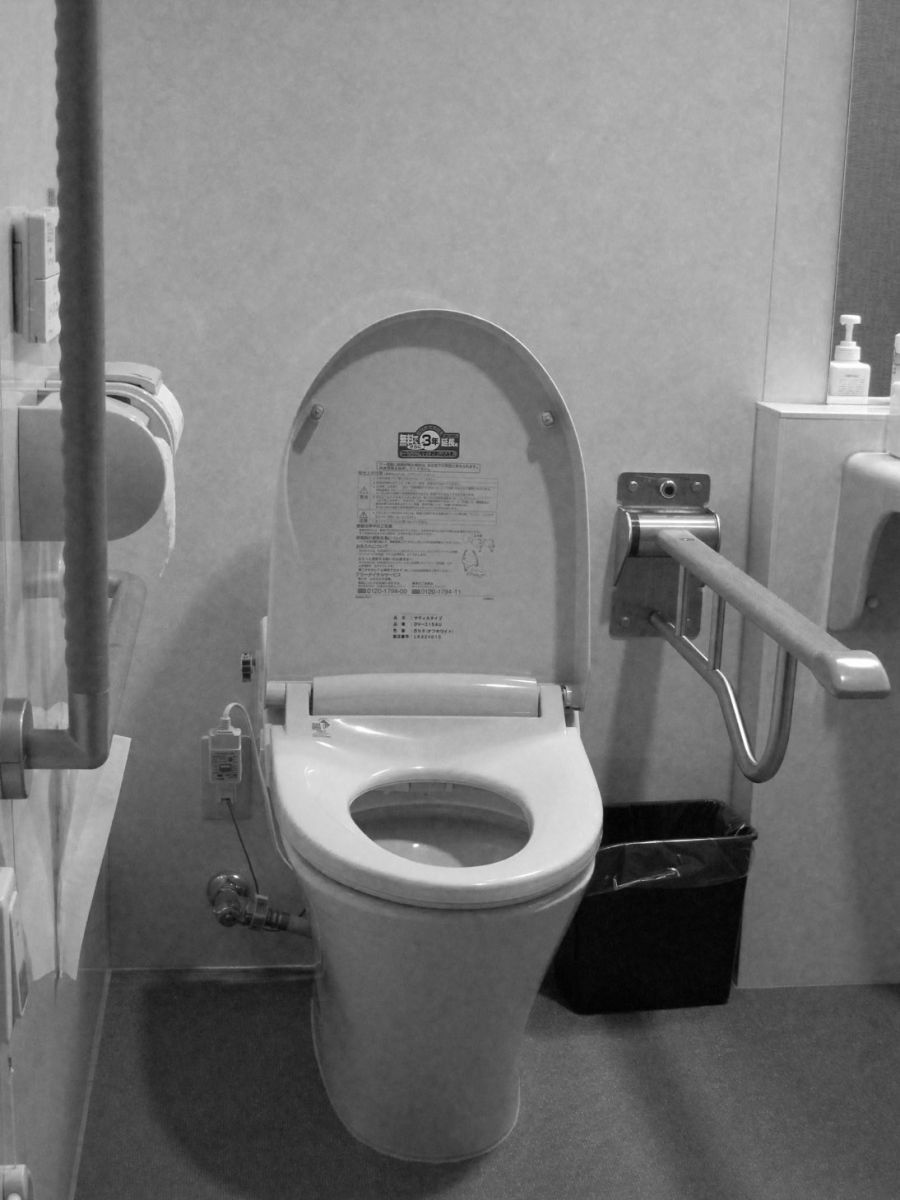 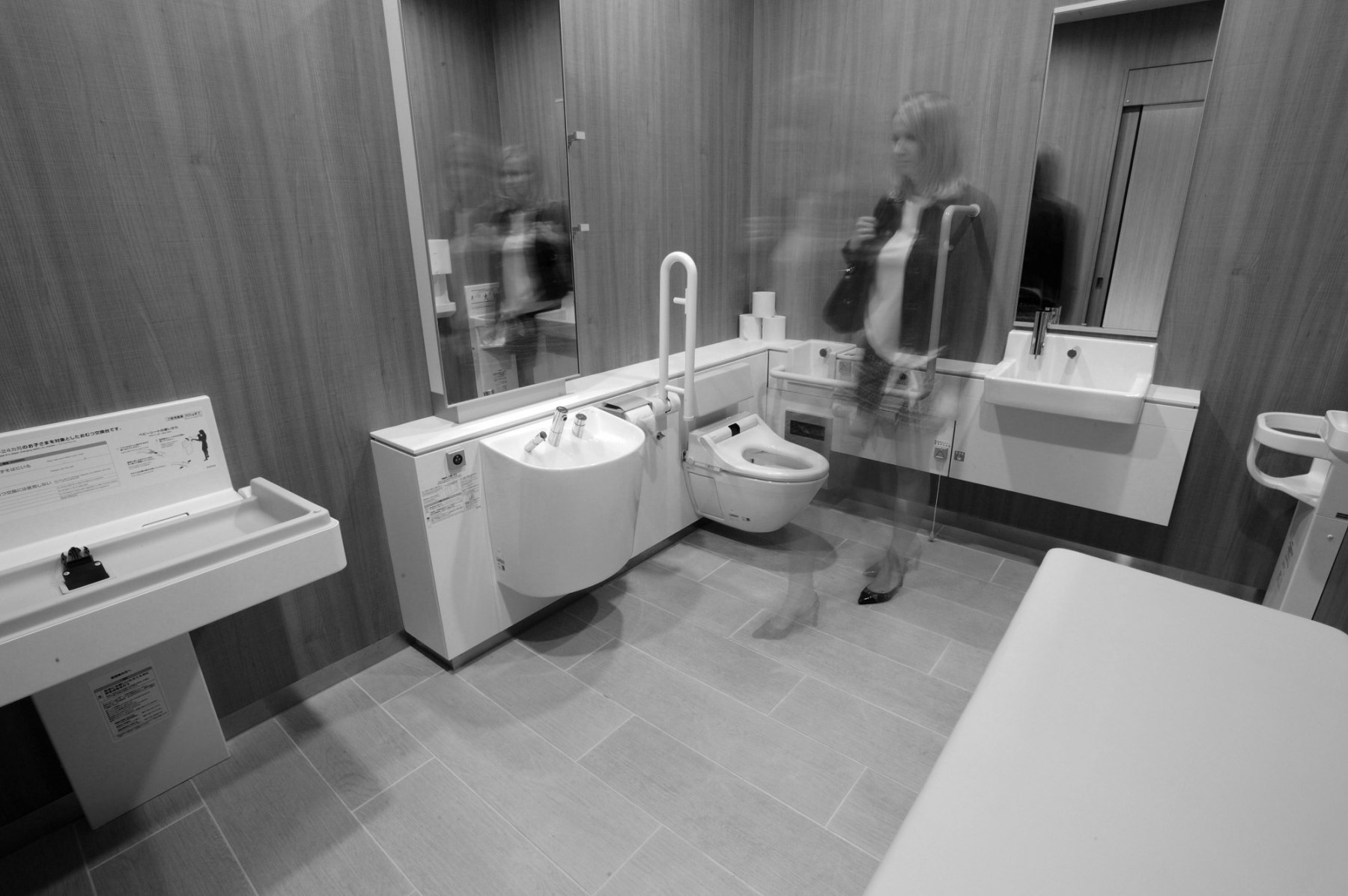 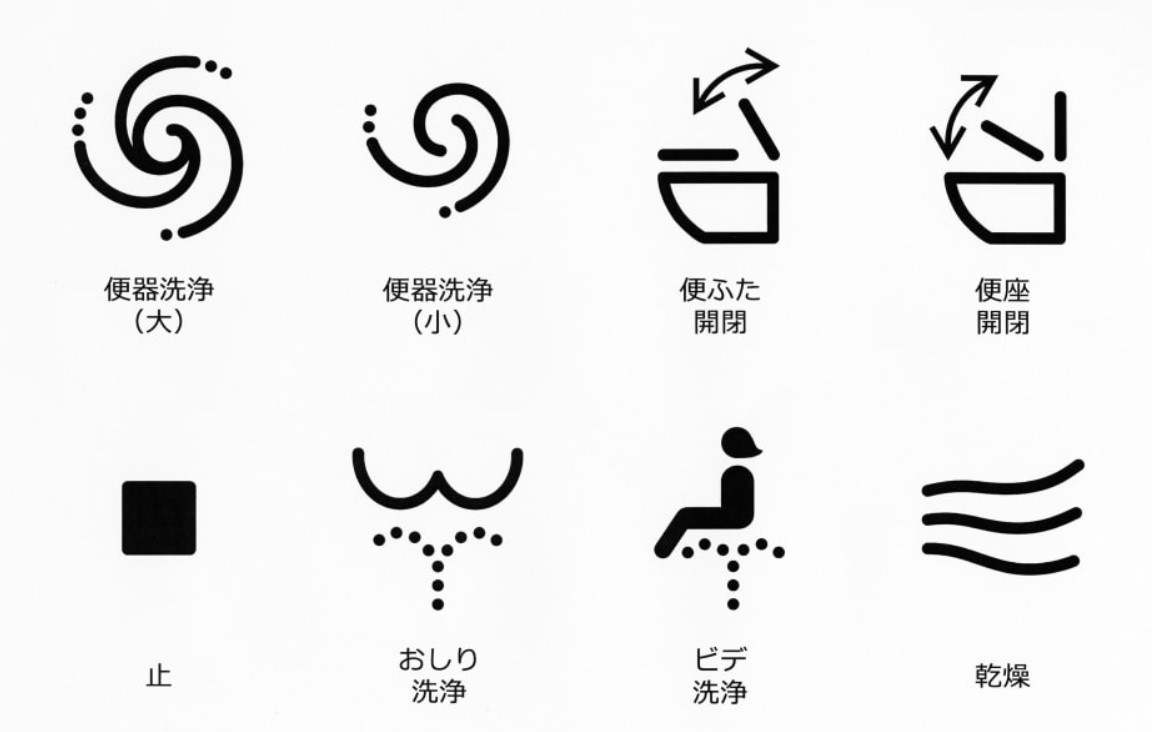 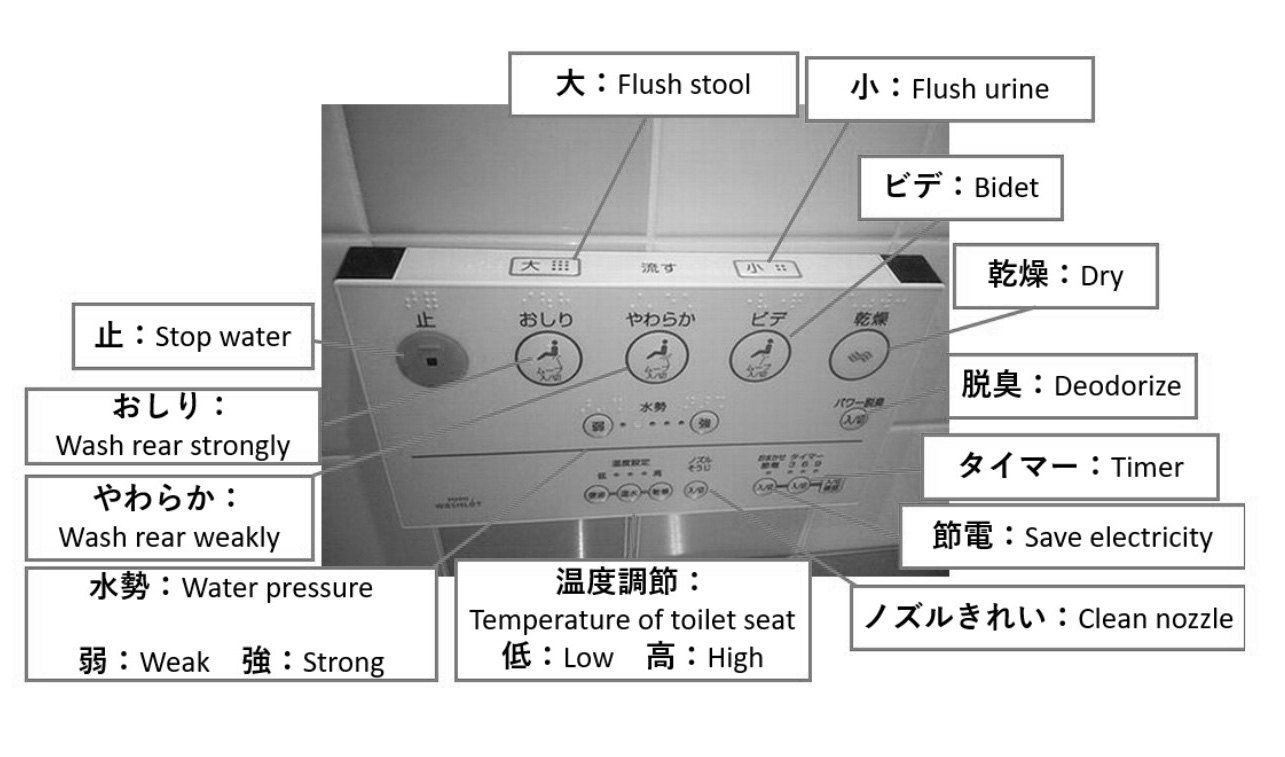 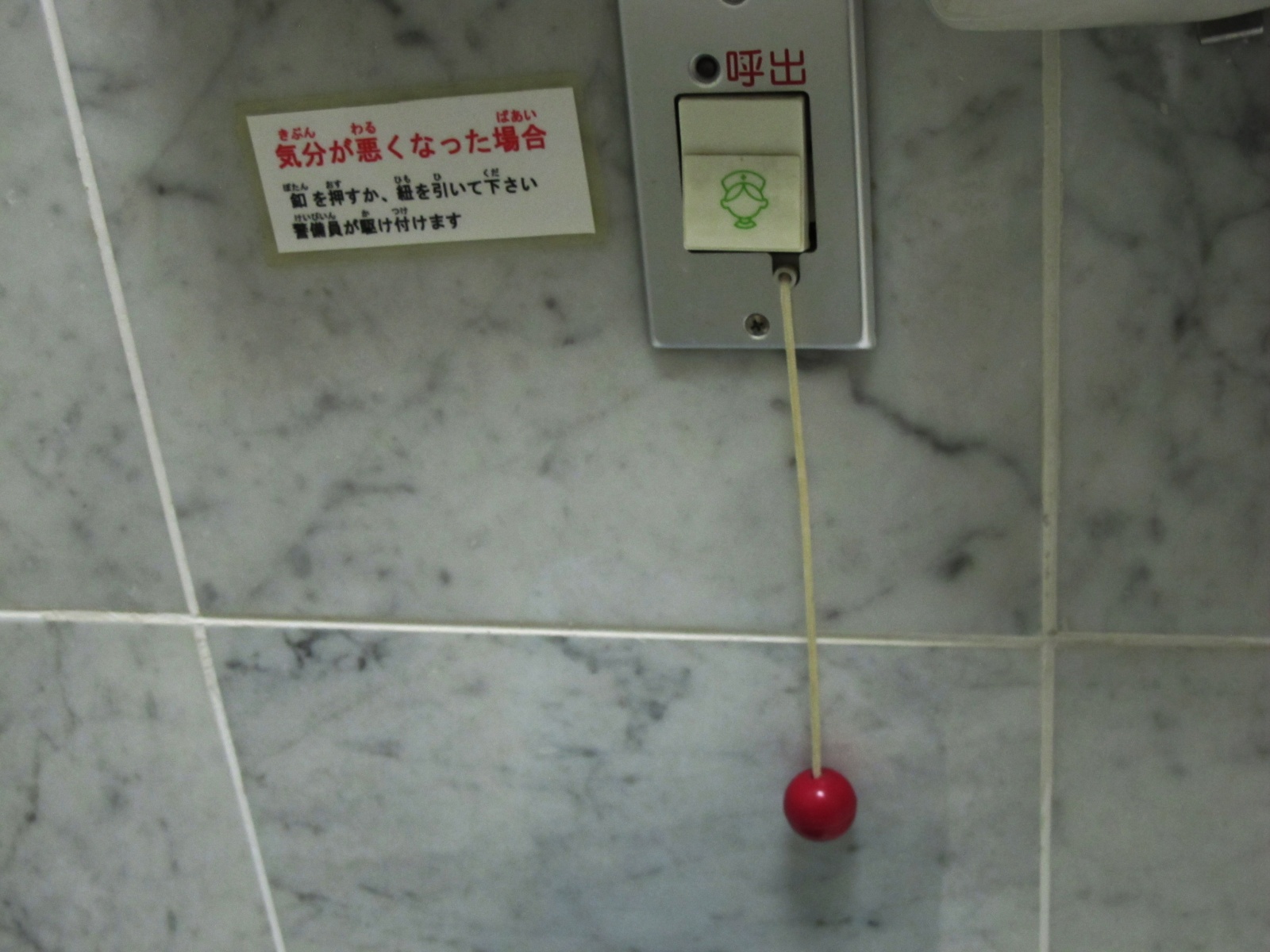 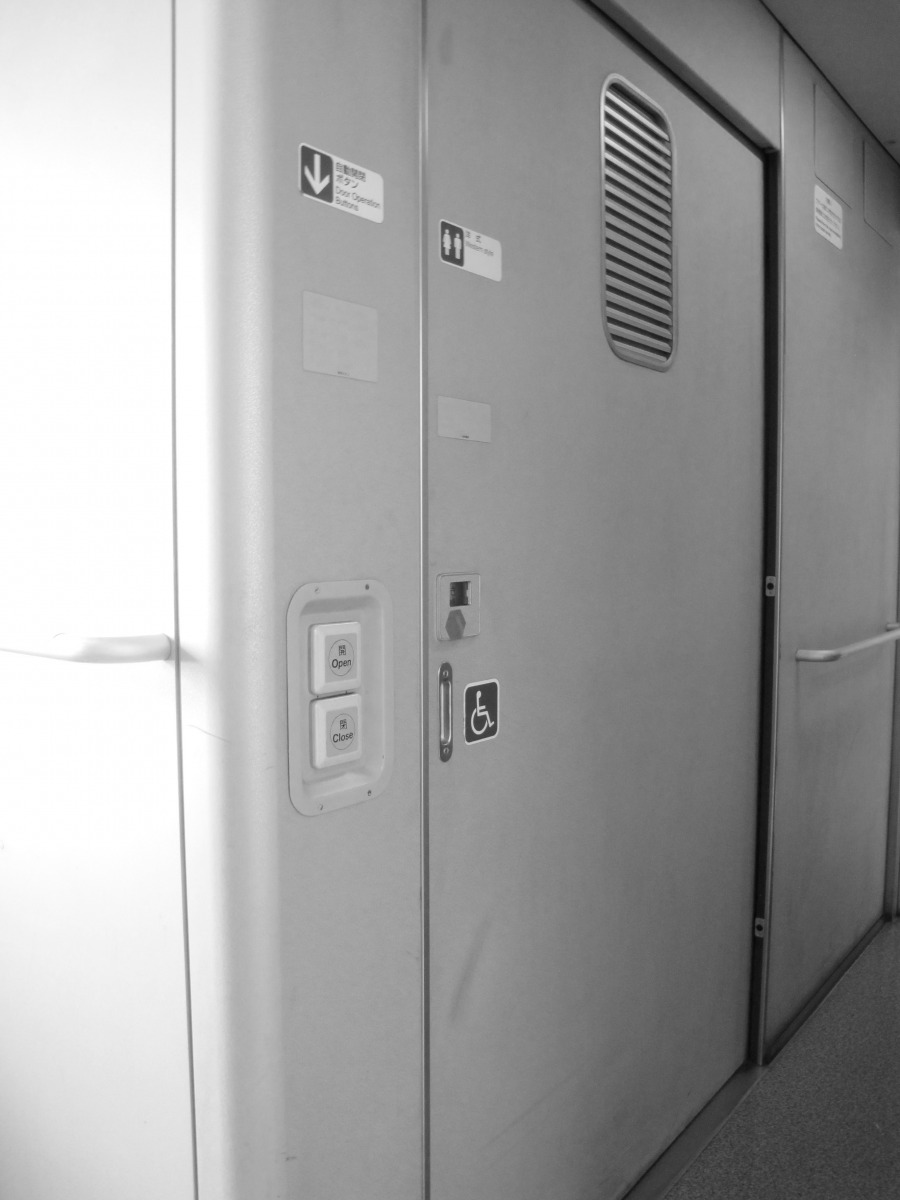 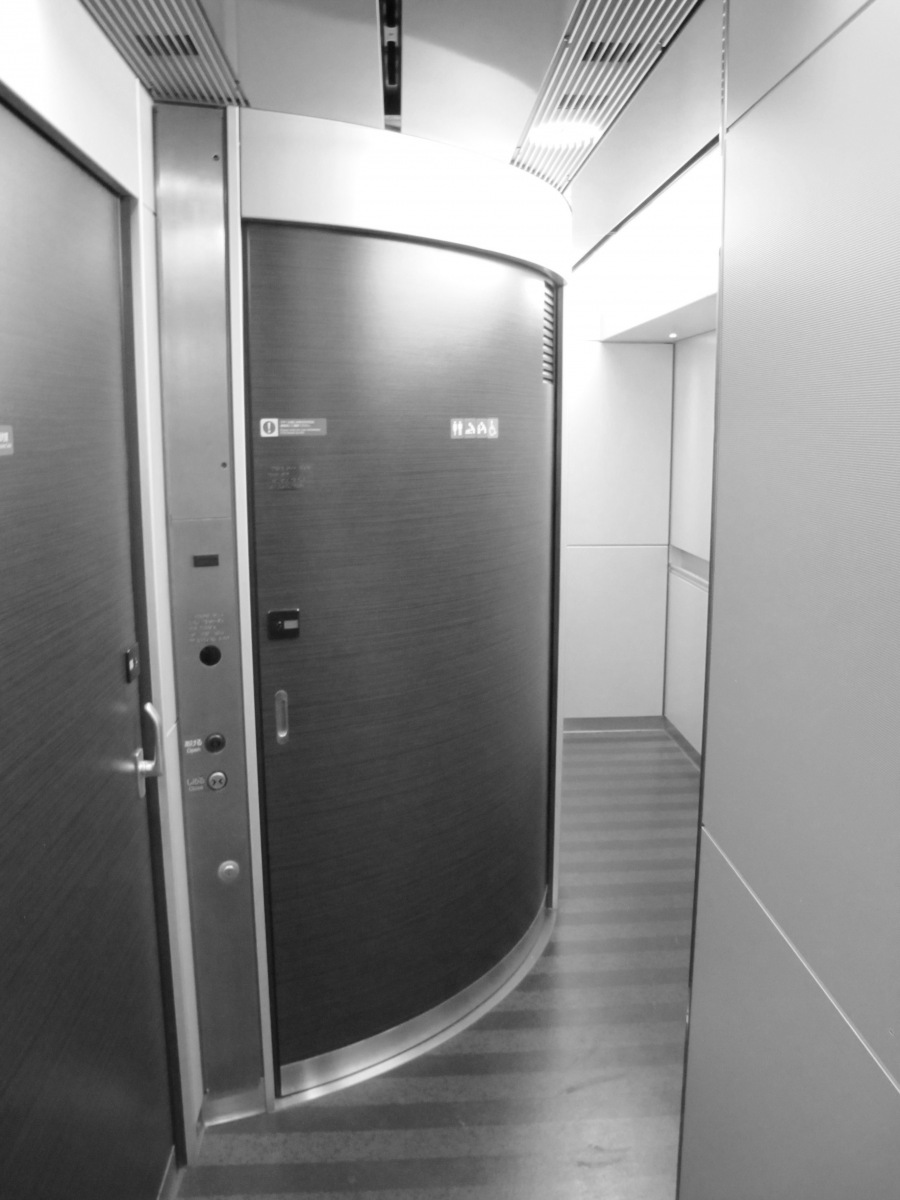 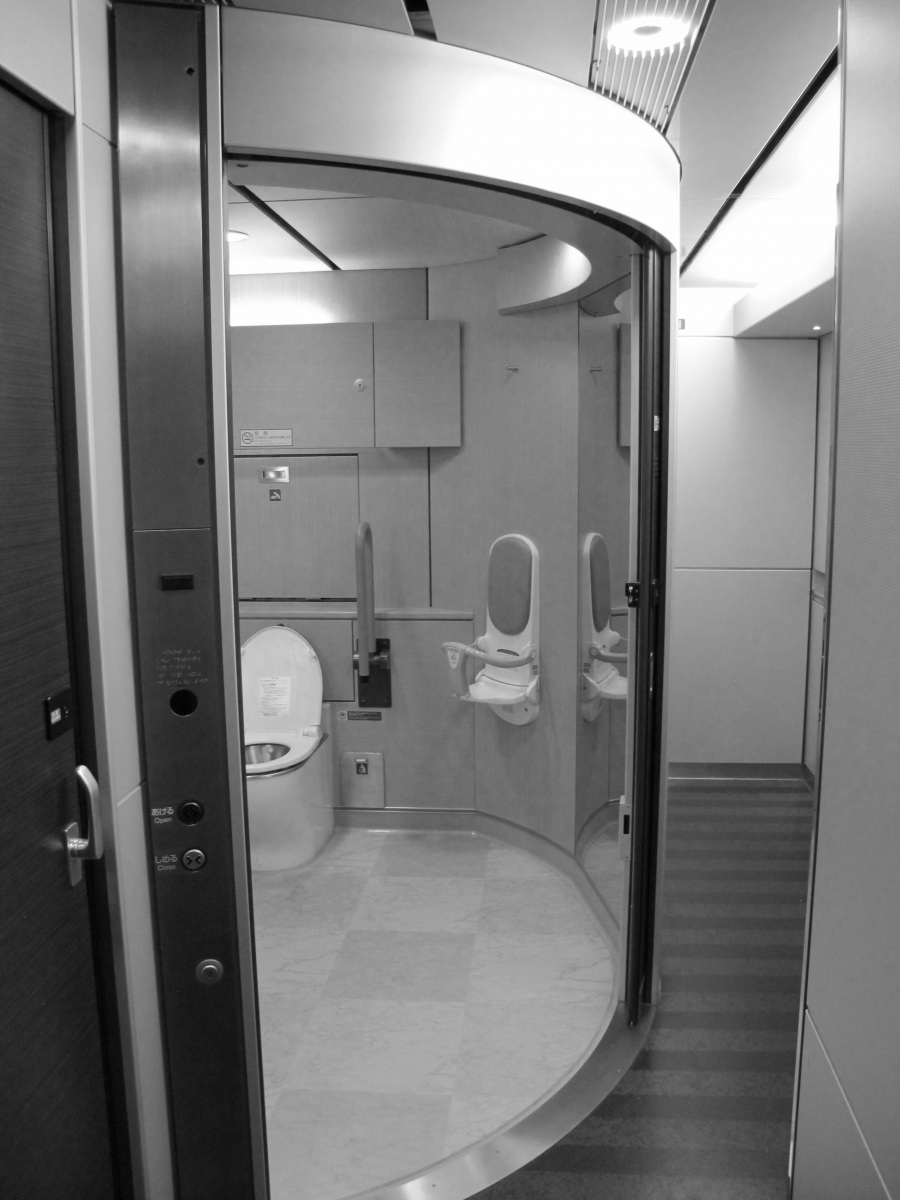 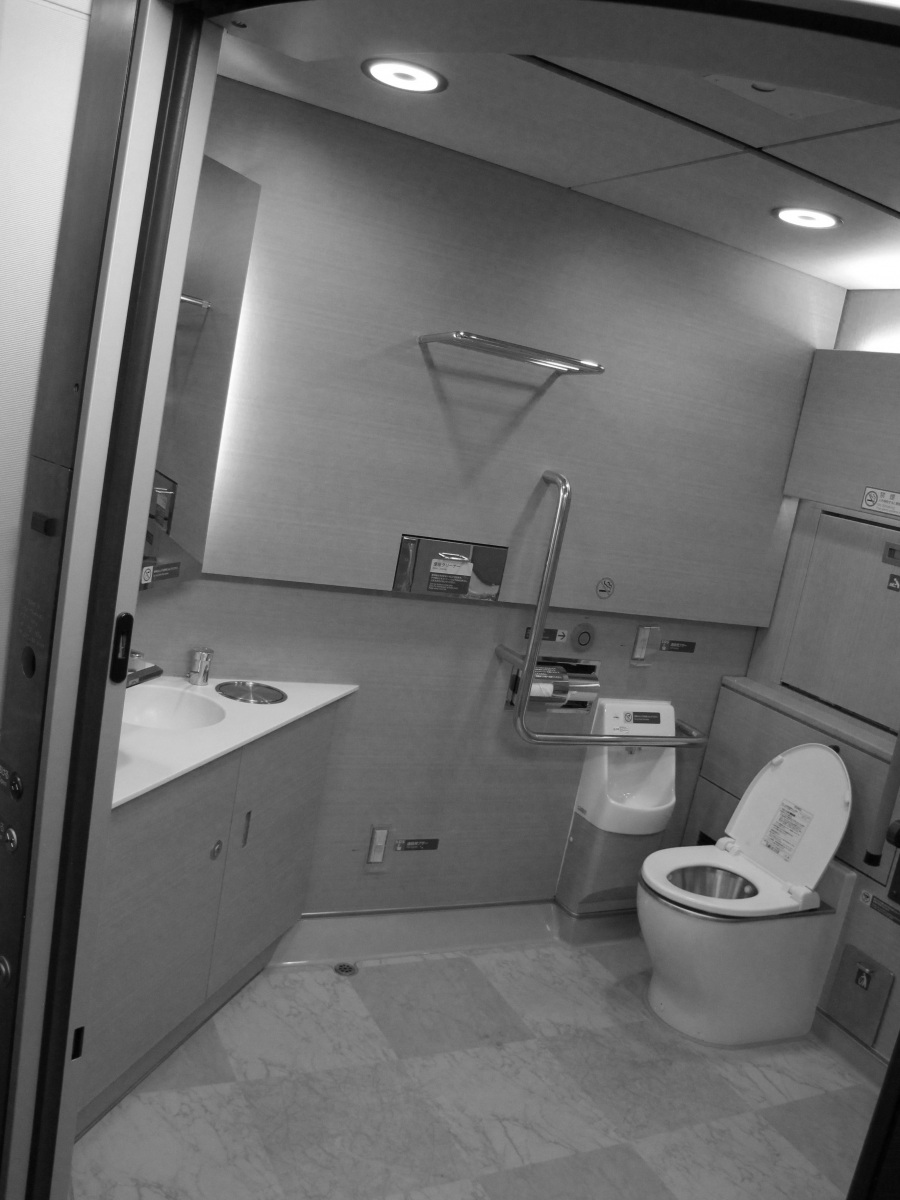 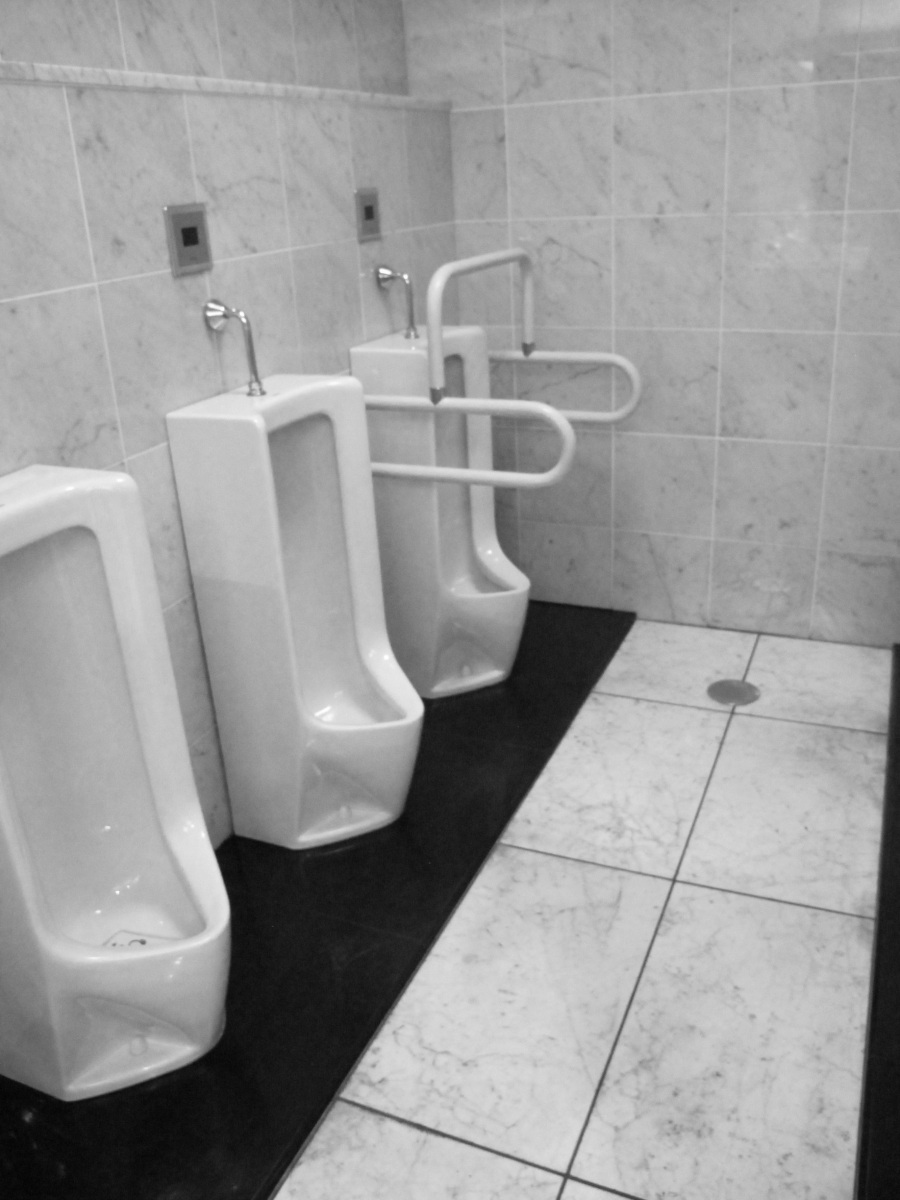 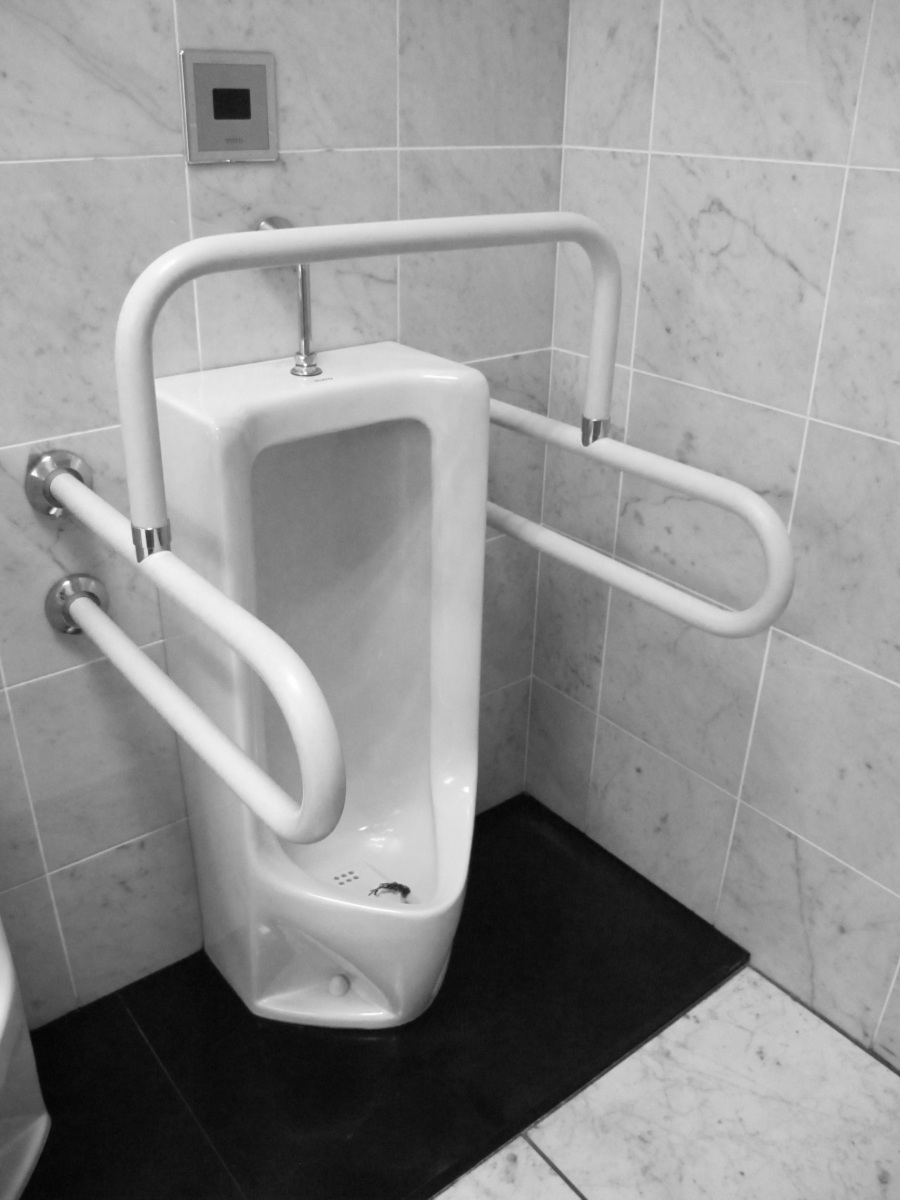 Going to Japan was exceptionally memorable for many reasons, and yet unexpectedly because of the incredibly accessible public toilets. For two weeks, I traveled alone without speaking the language and saw every district in Tokyo, along with a few neighboring cities using the efficient train system, and discovered that stations, which were common, always had a wheelchair accessible toilet—but it gets better.

More often than not, the accessible toilets were separate from the rest—giving a person a lot of maneuverability and privacy. Though this setup is sometimes seen in the USA and a few other places in the world, the difference is that people who don’t need the extra space don’t use these bathrooms. During my entire two weeks in Japan, I waited only once to use an accessible public toilet at a train station. At this point in my journey, the fact that I had to wait at all was astonishing; I had grown accustom to entering immediately upon arrival. I waited at the door for a few minutes before an able-body man walked out with newspaper in hand and apologized. Then as I was going through the door, I was stopped by a security guard who witnessed the infraction through the hallway camera, and insisted he steam clean the whole bathroom before I use it. It didn’t take long, and I remained shocked because this was a first.

About a week later I thought it had happened again, but it was another thoughtful response to maintaining accessible public bathrooms in Japan. Once again, I came upon a locked door. ‘Someone had to be in there,’ I thought after the previous mentioned experience, so I waited. Cameras are common in train stations, so I wasn’t paying close attention because I already knew I was being watched. It felt like only two minutes had passed as I waited for the door to open before the attendant came out of nowhere with key in hand reaching for the door. ‘We were going to pull the plug on this person’s potty parade as people stroll right by in this busy station?’ Fortunately, no one was in there and the train attendant knew it because at this particular accessible toilet, no one gets in unless approved. Then I saw the camera aimed specifically at the door for this accessible toilet. ‘Private key-entry? Wow!’ I couldn’t get over this kind of service.

Now for the dirty details on why the best accessible toilets are in Japan. You now know about the size and private setup, but what about the throne? Everything you’ve imagined and have heard about Japanese toilets is true. Heated seats? Yep. Cleansing water spray? Yep. Air-dry finish? Yep. And yet, in addition to these comfortable and refreshing features, these toilets also have the ideal grab-bar setup to assist in a range of mobilities. Instead of on the walls and sometimes out of reach, the grab-bars are placed directly on each side of the toilet, and at least one but often both grab-bars can be pushed up; clearing the area or providing stability if standing.* And don’t worry, if there’s an emergency, pull the cord hanging from the ceiling or on the wall next to the grab-bar.

It’s time to flush away with the old accessible public toilet design and bring on the Japanese model! Or, at the very least, just know that when you travel to Japan, your toilet needs will be looked well after, which really is key when it comes to travel exploration.

* In the men’s room, one urinal will have fixed grab-bars surrounding it.