The rocky shores of the Northern California Coast offer countless views to relax in nature. There are no flashing lights, besides the lighthouses, and no shopping malls. It is place of serenity, a place to collect oneself and get lost in oneself; a place of simplicity and of course natural beauty. For the cheapest rates on overnight accommodations, visit the coast during the winter or early spring. The ocean is as beautiful as ever during this time of year. In fact, the waves are a lot more vibrant to watch as they crash against the rocks, sometimes in an explosion.

Heading north on Pacific Coast Highway 1 after the vibrant city of Santa Cruz, California with its Beach Board Walk and heaps of visitors and locals, signs of civilization get smaller and smaller. Many of these towns are gems of the coast, filled with treasured delights like specialty cooking, landmarks, antiques as well as unique art and crafts created by local artists but above all impressive views of the cascading cliffs aligning the ocean. Often times you will see enormous boulders, remnants of the shoreline long ago that has been chipped away by sand over time and the wicked slap of the ocean’s waves.

There are many places along the way to pull over to take a photograph of to just enjoy the sight. Some are even at parking lots to state beaches where occasionally you will even find an accessible public restroom. Even fewer have accessible pathways but they do exist and are usually more equipped for a power chair. At Scott’s Creek Beach (between Santa Cruz and Pescadero) you can find very short ADA platform walkway with one or two tiny bumps because of the sand dunes. Nonetheless, it is a way to get closer to the beach and ocean to inhale the salty goodness. 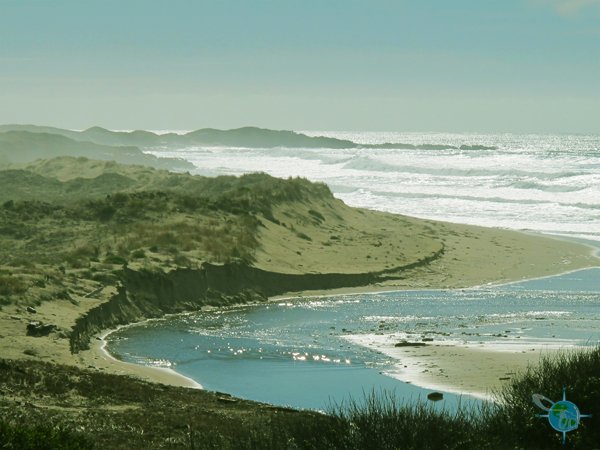 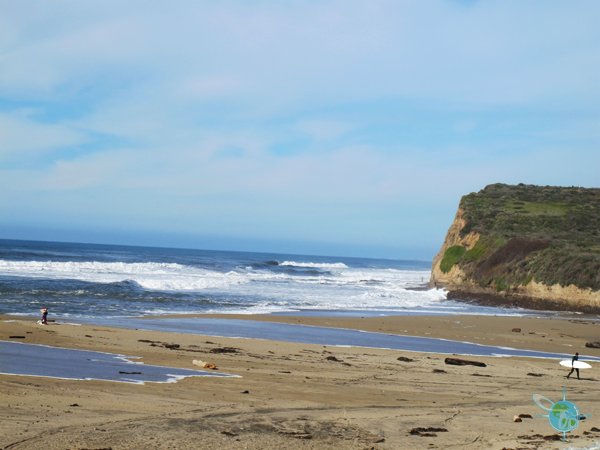 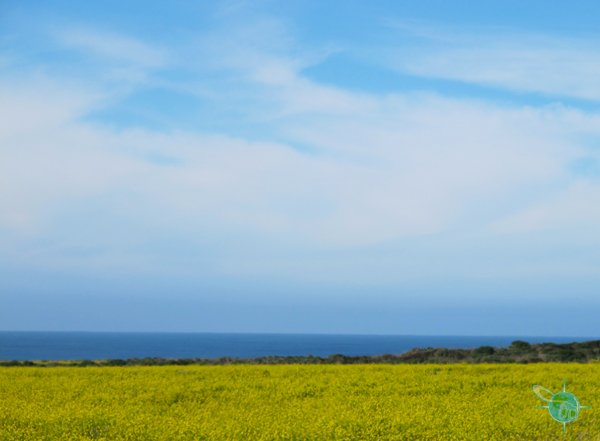 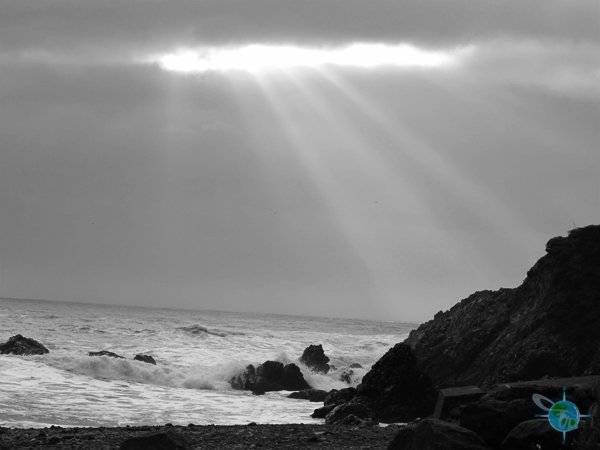 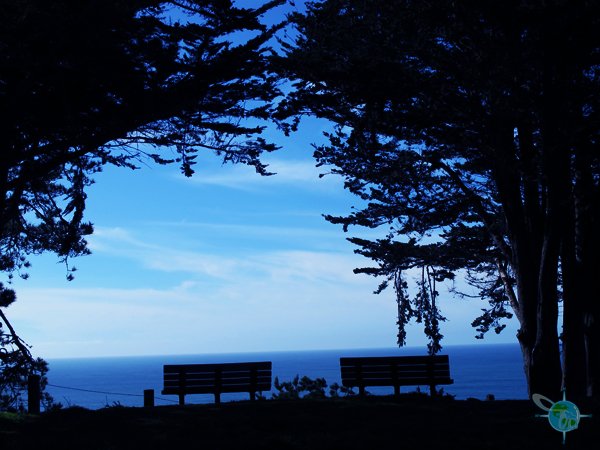 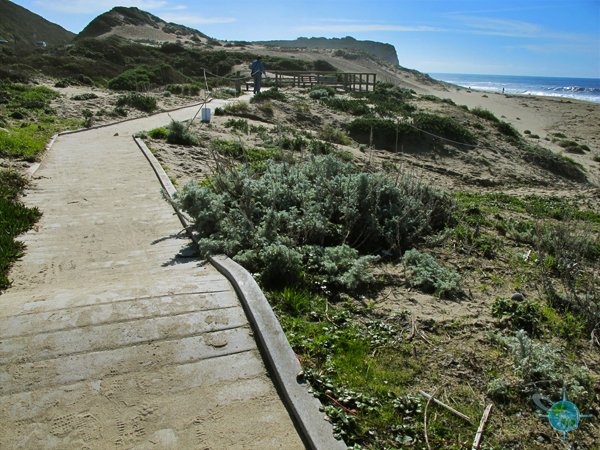 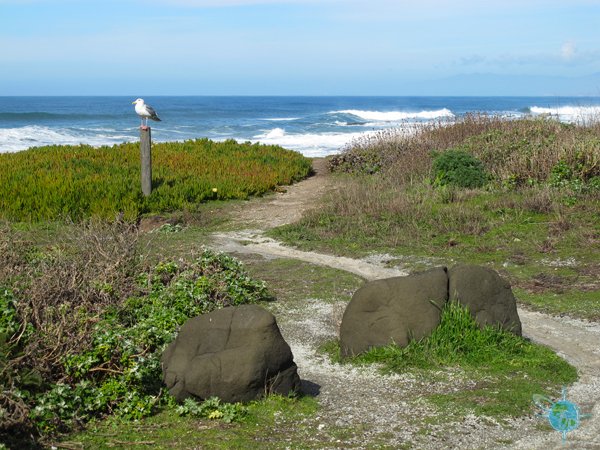 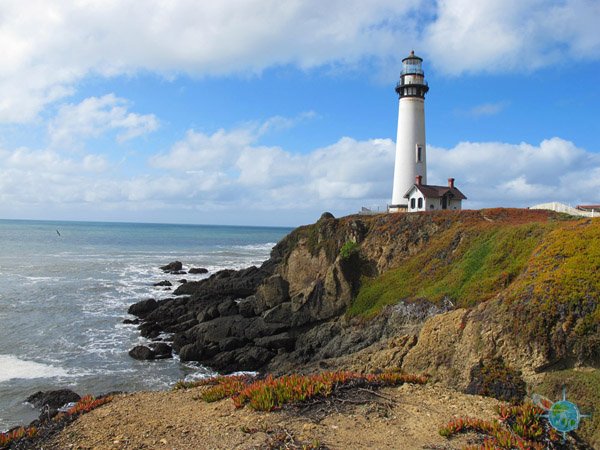 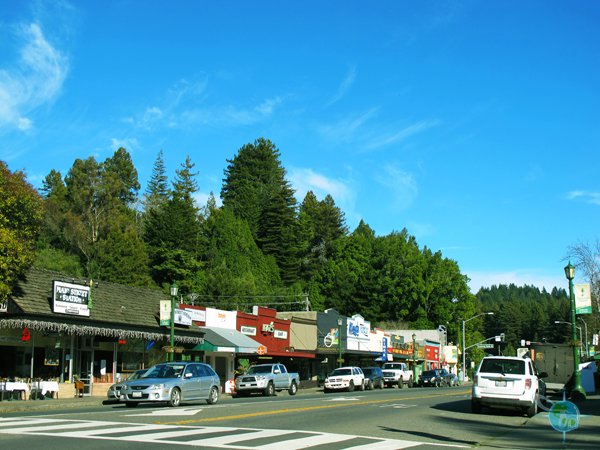 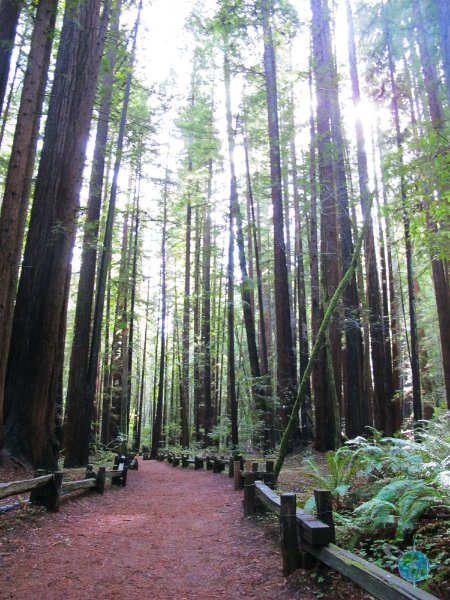 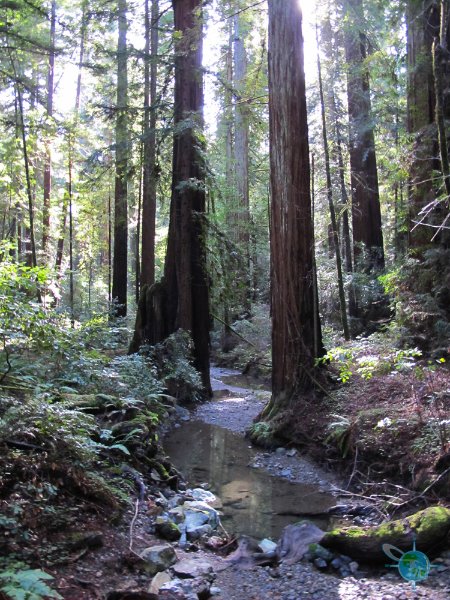 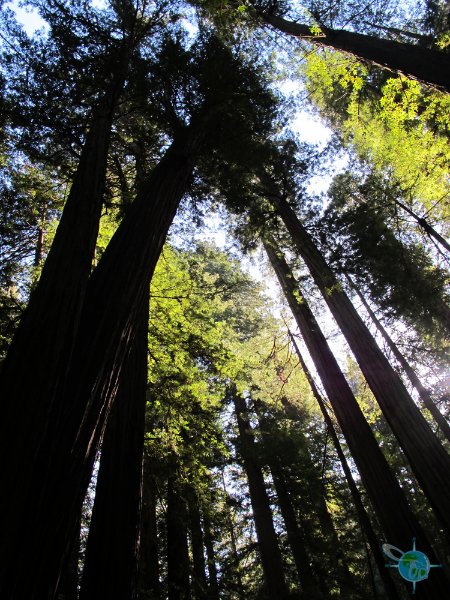 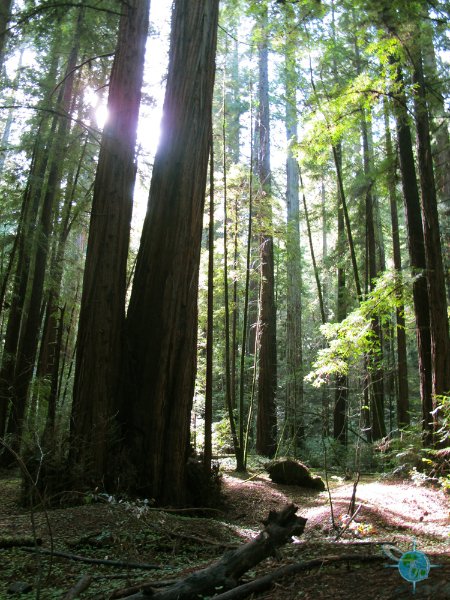 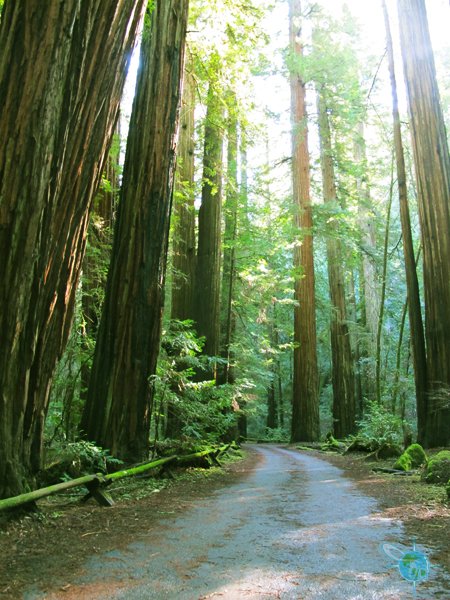 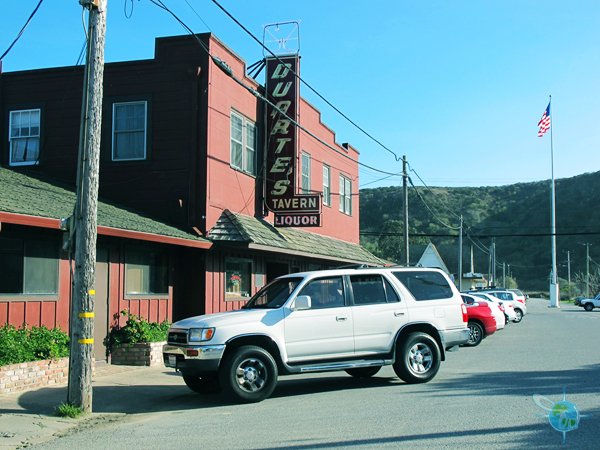 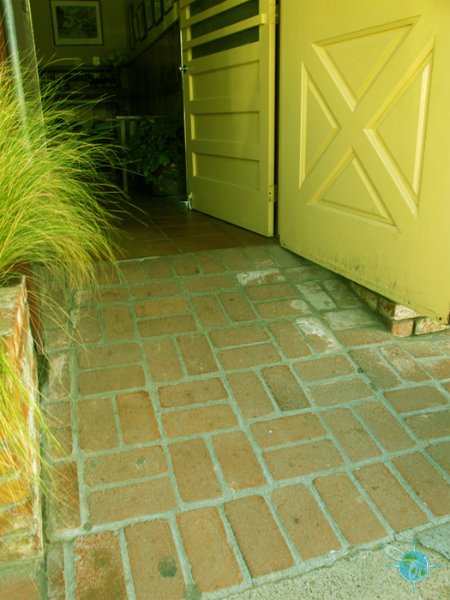 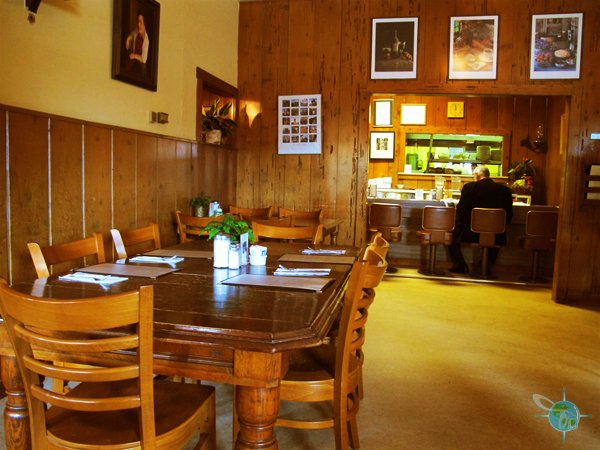 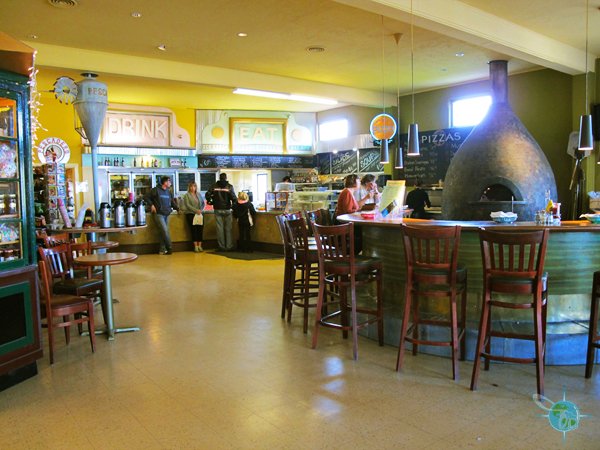 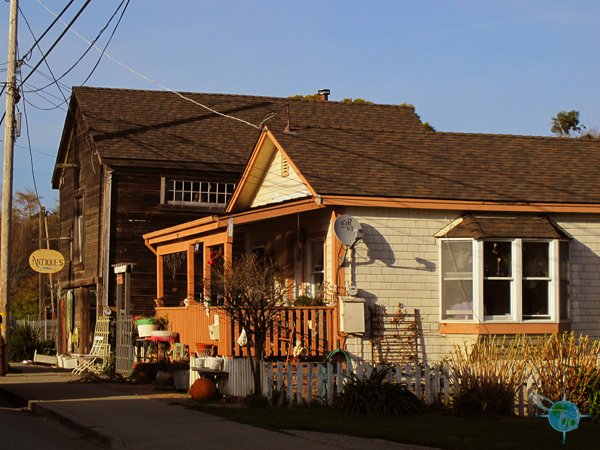 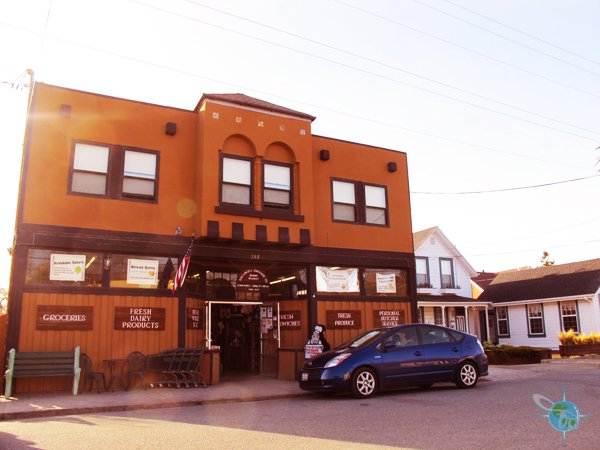 Just about 30 miles between the city of Santa Cruz and the small town of Half Moon Bay is even a smaller one called Pescadero. About 3 miles inland off Highway 1, at first glance Pescadero seems like a ghost town with nothing to do but if you look a little closer you’ll see there’s a little bit more. There are probably less than ten businesses on the main street.

One restaurant is called Duarte’s Tavern. This place is great for meal no matter what time of day and popular too. The specialty is their soups, the artichoke and green chili but the local secret is to ask for half of each. Oh boy was it fresh and delicious. The pie was out of control too and highly recommended. The unfortunate thing was that the restaurant wasn’t all that accessible. The ramp into the restaurant or bar area were incredibly steep, almost 80 degrees. Inside was really tight and some of the tables were too low to make it possible to roll under. Furthermore, the bathroom is not accessible. There are two stalls; neither of them were by ADA standards. Duarte’s Tavern is the only restaurant but not the only place to get something to eat.

Across the way and up the street a bit is a place to get pizza, sandwiches, some groceries and even a drink. Yes, there is also a bar separate from everything else. Even further up the road, almost at the end, is another grocery store with a fine selection of cheeses and wines. This is a great place to get a sandwich at the deli. Look for fresh breads and pastries, some even still warm from the oven. I fell in love with the artichoke-garlic bread. There’s one or two antique shops and one store called “Made in Pescadero,” which has an array of items made from artist from guess where, Pescadero; everything from hand-crafted tables and beds to paintings to coffee mugs.

Besides taking a day trip to Santa Cruz or Half Moon Bay, one can take in the sights of the Pacific coastline and perhaps check out the historical Pigeon Point Light House. This lighthouse has been in operation since 1872 and is still at work, guiding ships home safely. Many revisions have been done to make this landmark accessible for wheelchair users. Right in front of the handicapped parking spots is an accessible restroom. Follow the road around and you will see to the left of the road an accessible platform to easily travel closer to lighthouse and other areas of interest. Right in front of the lighthouse is a short accessible trail made up of packed granite that takes you to a lookout out point on the cliffs constructed by wooden boards. The Pigeon Point Lighthouse is not only a landmark it is also a hostel. Starting at $25 a night, you can stay right on the coast and also have a roll-in shower. Read full description of the hostel here. If you don’t like the hostel environment then check out Costanoa, which has a ground level room with a roll-in shower. Both places do not have television.

Not too far up the road from Pescadero is Half Moon Bay, about four times the size of Pescadero. Half Moon Bay has a lively downtown with a number of shops, galleries, and restaurants. There are some neat unique finds too, like a card shop with an operating printing press or one of the most elaborate and intricate antique stores you will ever see. I swear you could walk around the store for hours and still find things you didn’t see the first or second time. What makes Half Moon Bay incredible for those that love the outdoors is that there are some great trails that travel under cypress tree and alongside the ocean.

Past Half Moon Bay there is not much for miles until you pass the grand city of San Francisco and just about an hour from that is the small town of Bodega Bay, California. Like the previous small towns before it, there are no bells or whistles to this town; just simplicity. Only a couple of buildings make up the downtown, one being a small market. Sometimes you can catch people selling freshly caught salmon or some other kind of fish on the side of the road. Like Half Moon Bay, the area of Bodega has a few trails to enjoy the natural surroundings. The Bird Walk is a loop less than two miles that meanders through the wetlands and Doran Marsh Trail at the Doran Regional Park is under a mile; both are great for bird watching. A few miles up the windy Highway 1 is the Vista Point Trail which loops around on top of a hill and along the cliffs with incredible views.

A few more miles up the windy Highway 1 near the Russian River is Highway 116 which leads to the small town of Guerneville. The road itself runs along the river which is very scenic and takes about a half hour to reach the town. In the middle of the downtown is the cross street of Armstrong Road. Take a left and it will lead you up a short ways to Armstrong Woods State Park. This is a great accessible park and a great day trip. This serene outdoor adventure takes you under the branches of Coastal Redwoods, which can grow to 350 feet high and be 2,000 years old.

The Pioneer Trail is one of the accessible trails that turns into Armstrong Nature Trail where you see the tallest tree in the park the Parsons Tree. The oldest tree is the Colonel Armstrong Tree and can be seen on the Discovery Trail. Both take you within the forest’s lush canopy and the pathways are made up of hard packed dirt or granite rock. On wet rainy days, the pathways can get a little muddy and the saturated debris on them can slow you down a bit, but some things are worth getting your hands dirty. Clovers, mushrooms and ferns fill the floors. At times on the Pioneer Trail, you can hear and see the tinkling of a small stream. Discovery Trail was designed for those who are visually impaired. Basically, there is a rope that runs along the wall of the trail and is at a height where a person can hold onto it to navigate. This trail is not clearly marked on the state park map, but you can access it either at the first loop of the service road or at the parking lot for the Armstrong Tree.

I found that the paved service roads were a perfect solution when I got tired of pushing over the leaves and dirt. You are still totally immersed in the forest, enjoying the sights, sounds and smells. People can drive on the service road but you will need to pay a fee at the station. Most people park at the visitor center, which is free parking and then stroll over to the park trails 50 feet away. At the visitor center are maps and small gifts as well as a place to get water if you forgot. Right behind the visitor center and up a 200-300 foot, roughly 7% incline, are the bathrooms with a handicapped stall (on the smaller ADA side). There is also another one at the outdoor theater.

Continuing up the coast on Highway 1, on the way to Mendocino, are a few other tiny towns about the size of Pescadero and Bodega Bay or smaller, one of which is Jenner. It’s a good place if you are looking to get something to eat, fill up your gas tank or perhaps use a restroom. The biggest accessible attraction around Jenner is Fort Ross or Wright’s Beach. Fort Ross was established in 1812 and is now a state park. The pathway is paved asphalt but there are a few cracks and bumps but generally easy to navigate over. Wright’s Beach is hard-packed dirt, which softens with the weather, mixed in with some grass patched.  It’s best viewed in the spring time when the wildflowers are in bloom; nonetheless, the ocean views are beautiful no matter what time of the year.

Near the town of Jenner is a coastal get-a-way, right along the cliffs called Timber Cove Inn. The handicapped room with a roll-in shower faces the ocean. There is also a hot-tub with views of the ocean and a fireplace.

Before you reach Mendocino, California you will pass the city of Point Arena, which has a lighthouse, pier and small downtown. It’s bigger than the town of Jenner but still small. On Saturdays there is a flea market. I don’t know much more about this town but seems lively. Mendocino is just as big, if not a tad bigger, than Point Arena with a cute downtown, ocean-side accessible trails and a botanical garden to explore.  There are many bed and breakfast accommodations in this area, some with views of the ocean. With so much competition, these B&Bs try to stand out amongst each other. For instance, the Stanford Inn is an all vegan B&B and even though I am not the food was amazing and opened my eyes to this kind of cuisine and there is also the Little River Inn you can stay at that’s accessible. Close to Mendocino is the city Fort Bragg where you can access the Pomo Bluffs.

Further north lies the great coastal towns of Eureka, Arcata, Humboldt and Crescent City, and surrounding these areas are the largest redwoods in the world. Here you can find many accessible redwood trails through the different forests as well as other paths and trails worth exploring.