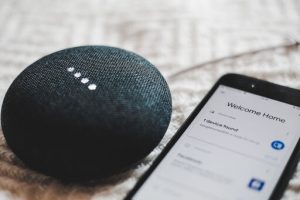 According to the World Bank Group, fifteen percent of the world’s population, or about one billion people, has some type of disability. It could be related to the visual, hearing, physical, or cognitive ability of a person, which can either be acquired or inherited.

In most cases, people with disabilities suffer from permanent impairments, making it more challenging for them to carry out their daily activities. But as humans continue to discover ways to make day-to-day tasks easier to fulfill, barriers to accessibility are also being dismantled. For instance, most smartphones today are filled with advanced features that go beyond calling and texting. In just a tap, people can now pay their bills, order healthy meals online, look for jobs, or even hold virtual meetings. But it does not end there. The concept of artificial intelligence has been introduced to the world, making accessibility possible for everyone.

AI, or Artificial Intelligence, is the simulation of human intelligence developed and installed in computer systems and smart devices. This technology enables machines to exhibit traits, emotions, and other human-like capabilities, like performing regular tasks and problem-solving.

This technology works in various ways such as converting detected speech to text or even controlling smart home devices through voice command. This feature can help people with disabilities by doing simple tasks for them, like adjusting the room temperature, turning on or shutting down appliances, sending a text message, and making hands-free calls. Moreover, this technology can greatly benefit people with physical disabilities as they can now do typing jobs through dictation. Not only this can make communicating easier for them, but it can also open employment opportunities.

You can access this feature on your mobile devices and computers through Siri (iOS), Cortana (Windows), and Google Now (iOS and Android). This also works in smart home devices like Amazon Echo (through the Alexa app).

Also known as “read aloud” technology, this type of assistive technology converts digital texts from files and webpages into audios. Some advanced text-to-speech tools also have features that can read texts from images. For example, users can take a photo of important documents such as contracts, on their mobile devices, and it will read it aloud for them. This technology can greatly help individuals with visual impairment, as well as people with dyslexia—it can prevent them from having accidents and being taken advantage of.

Just like voice recognition, this feature is widely available through phones, tablets, and computers, either via applications or online sites. More than the benefit of convenience,  access to education and work can possibly open for people with disabilities through this technology.

This type of AI-powered technology detects images and stores its data to enable various automated tasks. It is capable of recognizing and analyzing objects, faces, places, and other elements in a specific image, to later draw out conclusions from them. A most common example of image recognition is the face unlock feature most smartphones have today. But for the blind and visually impaired individuals, this can serve as their eyes whenever they go out for a walk, run errands, or simply locate lost items at home.

Be My Eyes, TapTapSee, and Aipoly are just some of the applications that fuse image recognition and text-to-speech technology together to enable people living with low vision and blindness to have access to the world just like everyone else.

Also known as an “automated car,” a self-driving car is a type of vehicle powered by various AI functions (like motion sensor, and image recognition), combined with a reliable navigation technology like GPS. Because of their ability to self-drive, automated cars can greatly benefit people suffering from disabilities affecting mobility, as well as visually impaired individuals.

Also known as “home robots”, these service robots are run by artificial intelligence to do household work such as cleaning floors, swimming pools, windows, and even lawn mowing. These smart robots can make independent living easier and less of a hassle for people with disabilities, as they lessen the amount of work they have to attend to. One example of this is the Roomba robot vacuum which works via voice activation and is capable of charging itself after every use. This way, users do not have to stand up or move around the house to tidy up their spaces, benefitting people with low mobility and visual impairment the most.

As artificial intelligence continues to make rapid strides in shaping the way technology works for everyone, more and more doors are starting to open for people with disabilities, allowing them to experience everything the world has to offer—just like everybody else.

Katreena Sarmiento is a Molecular Biology Scientist turned Growth Marketing Scientist. During her free time, she loves to write articles that will bring delight, empower women, and spark the business mind. She loves to bake but unfortunately, baking doesn't love her back. She has many things in her arsenal and writing is one of her passion projects.