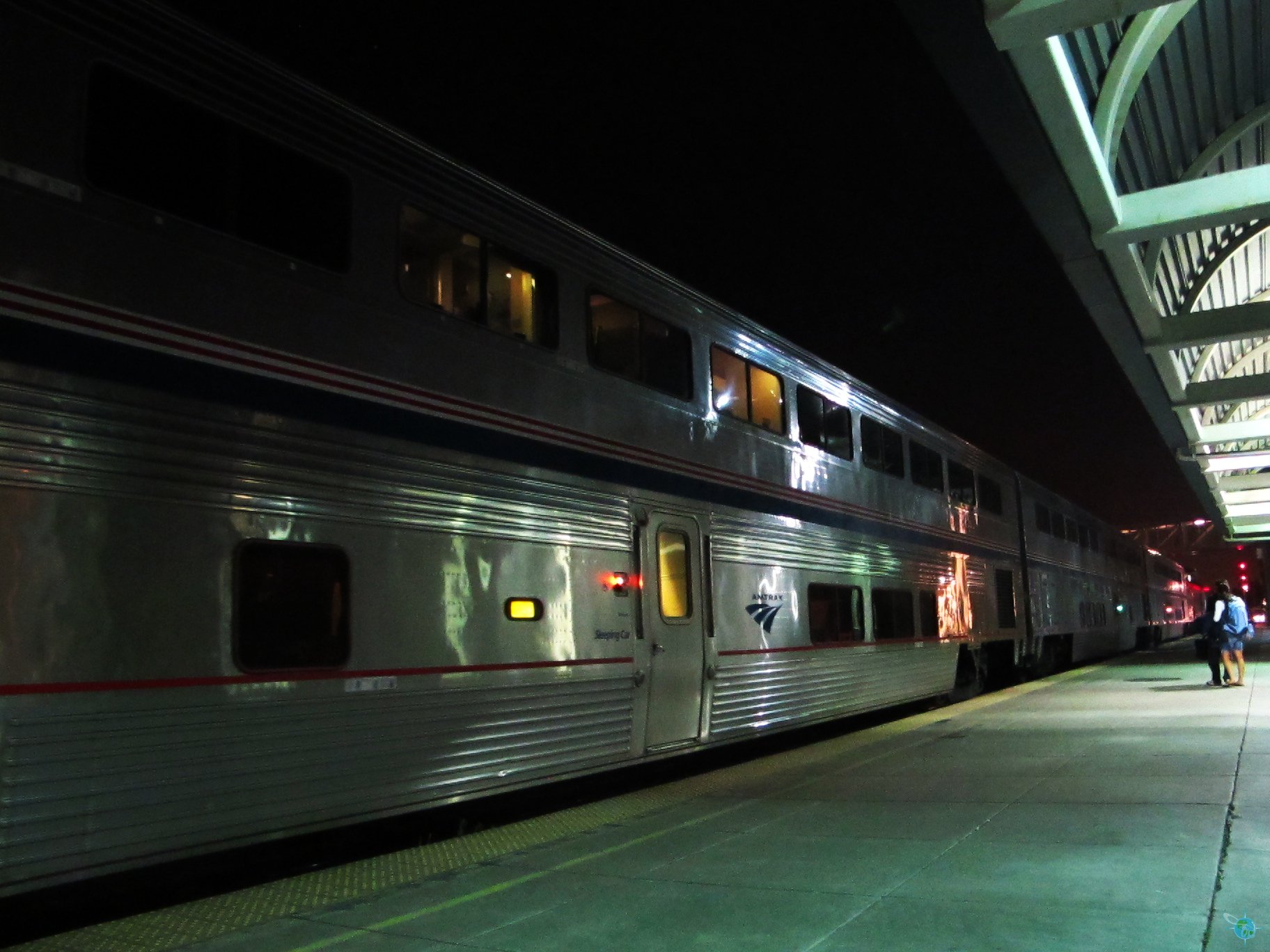 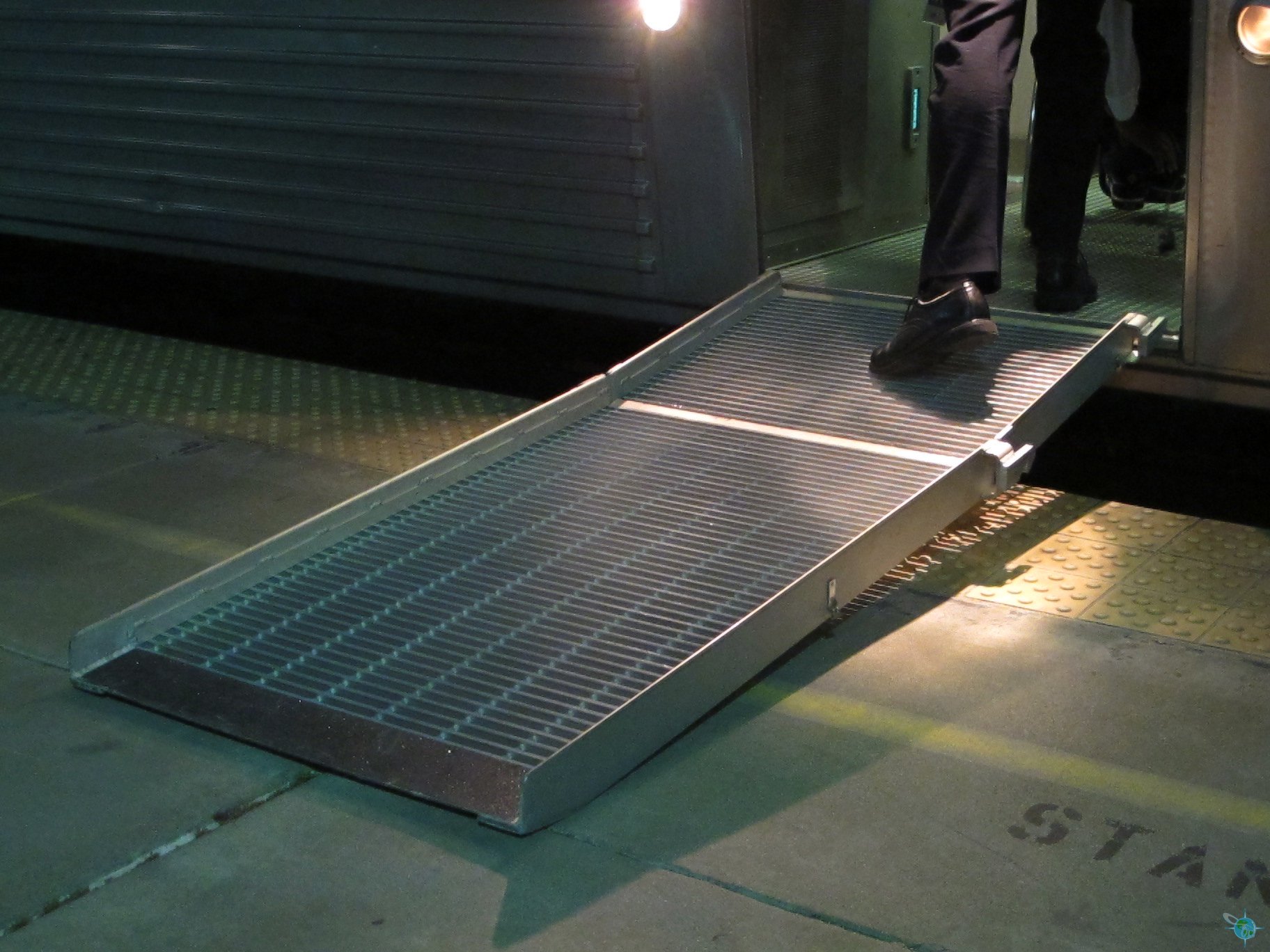 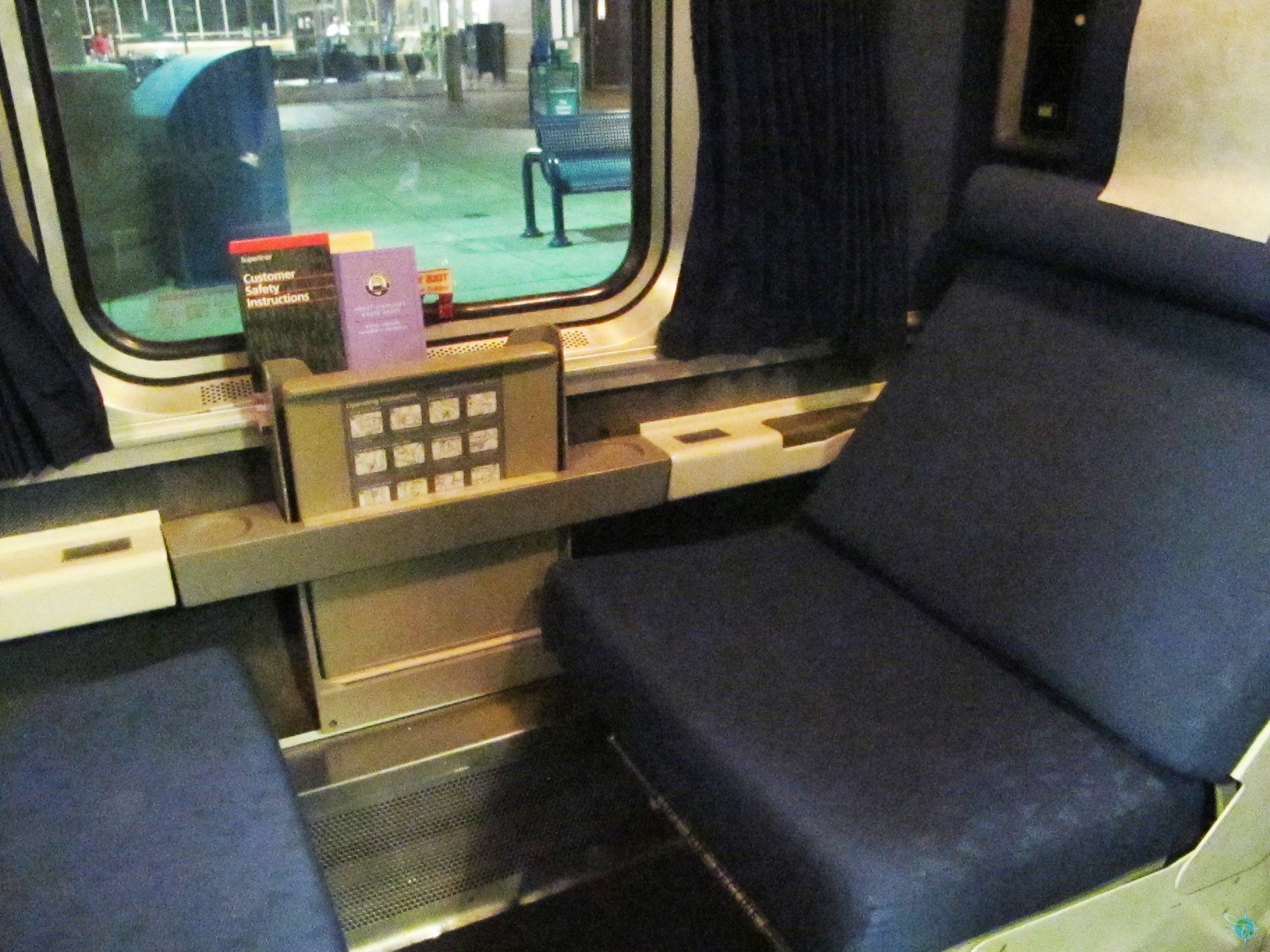 Amtrak’s Coast Starlight Train travels up the west coast from San Diego, California to Seattle, Washington with many stops along the way, including in Oakland, California.

I took this train but started in Oakland at the Jack London’s Square station. The whole ride took 24-hours, which is why I choose to pay extra for a sleeper car. To board the train attendants will unload and setup a mettle, portable ramp. It’s requested you arrive around an hour before departure but I never came close to that and didn’t have a problem.

The handicapped sleeper car was in fact much large than a regular sleeper car but it still is pretty tight. One manual wheelchair could barely maneuver around and an electric one would have to just park it. Inside there were two chairs set up near one of the two windows, which turn into the bottom bunk bed. The attendants were very sweet and will turn down the beds whenever you wish. I decided I wanted the bed out the whole time so I could stretch out and relieve pressure from sitting. The bed, however, does not have a tick pad so alternating one’s position is important.

The bathroom is in the same room as the beds, separated only by a curtain. The toilet is against the other window with the sink adjacent to it. On the train up to Seattle the toilet flushed by just closing the lid but on the way home to Oakland there was a big button to push. When I made the reservations I was given the impression that there was an accessible shower but unfortunately this was not the case.

The accessible sleeper car was near the bathrooms but there were not many other sleeper cars on this level so there was little traffic. Plus with the door shut and the sound of the train, any noise was really drowned out. For a wheelchair traveler this is your living space until you depart. There is no wheelchair access to dining car, observation car or cafe. Anything you need an attendant can bring to you, including your meals.

The food was surprisingly good and meals are included with the cost of the sleeper car, but snacks are not and are over priced so plan ahead and bring something. You get a choices for each meal and there is always a vegetarian selection. I was amazed how good the food was, by far better than air plane food, and included a dessert menu at lunch and dinner. Alcohol is certainly not included but I recommend keeping yourself nice and hydrated on the journey, which means drink water.

For the most part you cannot get off the train. When the train does stop it’s for passengers getting on and off only. However, occasionally the engineer will call for a “smoke stop” where you can get out and move around a bit if you like. It’s best to let the attendant know so she or he can prepare to setup the ramp. Do not to wonder far because sometimes this break could be just a short 10 minutes and then the train is off and will have no problem leaving a passenger behind. At these stops there not much to look at anyway.

Some ideas to pass the time would be to bring a book, music (perhaps travel speakers), portable DVD player, or journal. The best thing to do though is to sit back, relax and enjoy the ride. The reason to take a train is to look outside the window and see. Enjoy the scenery, the sound and pace of the train.