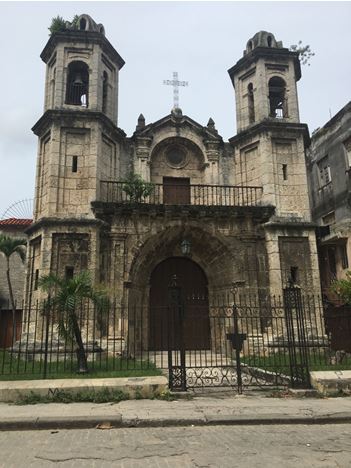 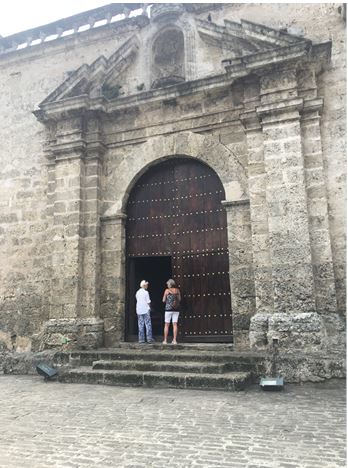 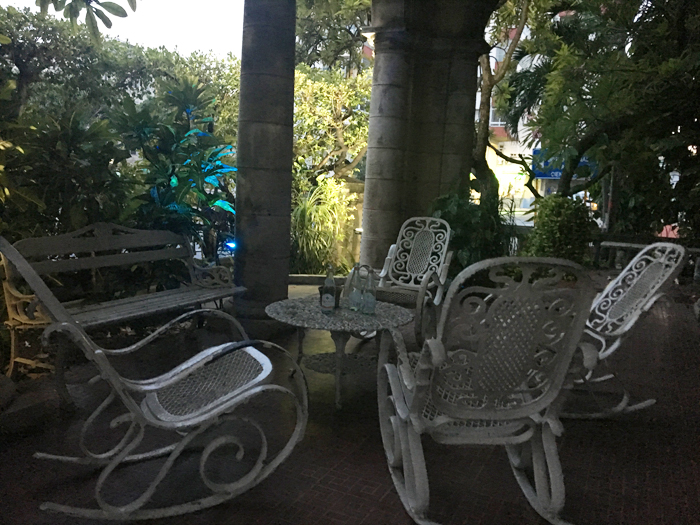 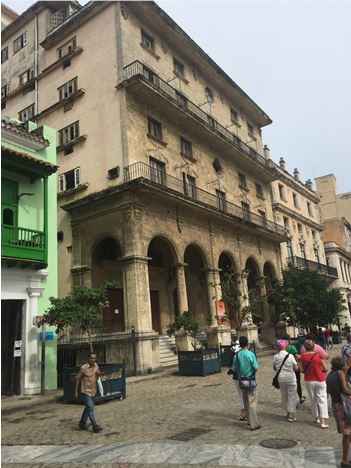 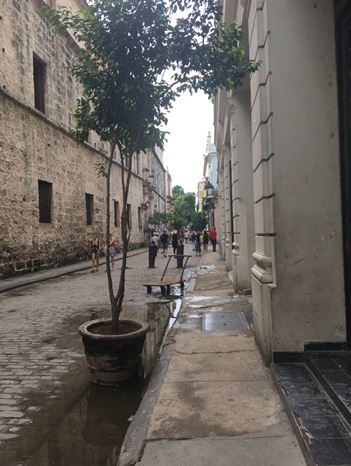 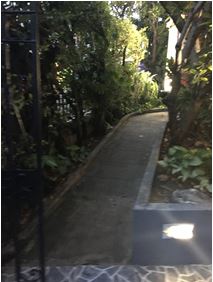 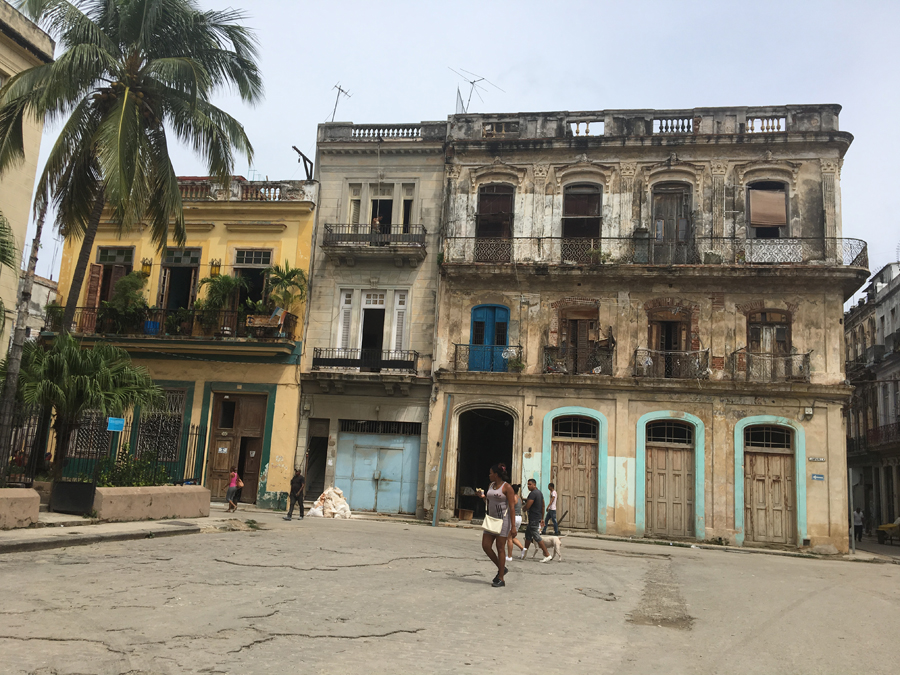 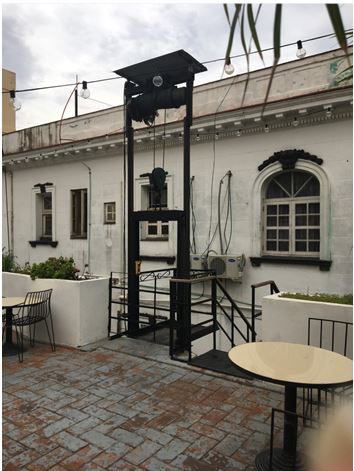 While there are still restrictions to go anywhere in Cuba, even Havana, it is easier to get there than it has been in the past.  Several cruise lines go there from Miami and other ports, and you can also fly direct from Miami, Atlanta, and probably other cities.  We went on a Royal Caribbean cruise out of Miami, which also included a stop in Key West, and two days in Havana.

In preparation for disembarkation, we watched a video about what to expect during the process.  This video included a particular message – it is not an easy city to get around in if you use a wheelchair.

In general, there are virtually no curb cuts anywhere.  Occasionally I saw one, but these were exceptions rather than rules.  In addition, probably 95% of all businesses, shops, restaurants, etc., had at least one step up from the sidewalk and usually more.  I even thought about not writing up this trip because it was so daunting, but if you’re up for a challenge, read on.  Robert did not go with me on this trip, but I tried to experience it as if he had.  I thought something informational was better than nothing.

We spent our first day there on a tour.  We had engaged a local company, Cuban Trip Compass, which gave us a price that was significantly better than what we could have gotten on the cruise ship.  There are several local companies – do your homework before you go and you can use TripAdvisor to find companies with good reviews.  Be sure to be specific as to your needs so that they can have the appropriate vehicle.  The tour guide took us around the city, pointing out areas of interest and providing us with historical overviews.

We went to La Floridita, which is a famous hangout of Ernest Hemingway and known for its fantastic daiquiris.  It did not disappoint on that front.  However, it was two steps up and tables were so close together that it was virtually impossible to navigate in a wheelchair.

We also went to a lovely restaurant (simply named La Casa) for lunch in an upscale area of town that was built in the 1950s.  Unfortunately there were at least five steps to get in.  Once in, however, the food was good and the music was fantastic.

From La Casa, we visited El Hotel Nacional, which is a lovely old hotel which is primarily famous for the famous people it has hosted.  It has a lovely seating area outside where drinks cost more like what they do in the US (they are unbelievably inexpensive everywhere else – a mojito was generally about $3).  This is one of the few places that appeared to be completely accessible.

A couple of years ago, New Mobility published an article about Josh Basile’s trip to Cuba.  Based on this article, I contacted Camilo Findlay, who runs an accessible bed and breakfast (Casa Camilo).  I visited it for dinner (which was amazing) and was able to see the accommodations.  It has a ramp up from the street and a lift for the upstairs bar/restaurant.  The cost was about $45/night, and I would recommend it if you do go to Havana.  It is a little paradise in the midst of a bustling city.

The second day, we went on our own to walk around Old Havana.  This is literally right across the street from the cruise ship terminal, so it is easy to get there.  While all of Old Havana is indeed old, it is an eclectic mix of crumbling and restored.  You can find art galleries, churches, tourist shops, and museums.  Most museums cost only 2-3 CUCs (Cuban Universal Currency is .87/$1.  The CUC is used by tourists while the Cuban Peso is used by Cubans).  It is also full of charming outdoor cafes with live music.  Again, the accessibility is not easy.  Almost all of the streets are cobblestone.  The sidewalks are often narrow and have holes.  Curb cuts are practically non-existent and most businesses have steps to enter.

In summary, it will be a lot of work to go to Havana if you are a wheelchair user, and that will likely not change any time soon.  If you’re up for the challenge, do your homework and be prepared.